Spice West - An online shop that offers a wide range of herbs and spices that are sourced from and produced in Australia.

Best of British is a Perth-based company specialising in the import of food, gifts and memorabilia from the British Isles. Best of British is owned and operated by Ian and Anne, natives of the north-east of England who settled in Perth.

Best of British is based in Floreat, a suburb of Perth, Western Australia. It specialises in the supply of products made in the British Isles. Best of British was established in 2005 by Ian and Anne -----. Ian had extensive experience in the food industry in association with major operators such as Marks & Spencer, Tesco, Walkers Crisps, Golden Wonder and Barr's Soft Drinks. Anne's expertise is in customer relations, service and sales. They formed the company to cater for what they perceived was a strong demand among British expats and Australians returning from living in the British Isles for traditional and iconic British and Irish foodstuffs, beverages, and memorabilia.
Since its inception, Best of British has grown rapidly, both in the range of products it stocks and in the volume of sales transacted. Best of British is constantly looking for new products to add to its catalogue.
Best of British operates 128 bit SSL encryption to protect its customers. It accepts Visa and Mastercard through its secure online payment system. In addition to online sales, Best of Briti....

Trugrade Materials is a wholly Australian owned company specialising in the supply of stockinette carcass bags to the Australian meat industry. Trugrade Materials' products are used for both domestic and export purposes. In addition, Trugrade Materials makes a range of felt in various lengths, colours and thicknesses.
Trugrade Materials' meat wraps are made from high quality cotton stockinette, and are made in a variety of grades and dimensions. There are suitable for wrapping carcasses, individual cuts and specialist butchery applications.
Trugrade Materials will custom-make stockinette for special requirements, and will supply it printed with branding logos. In addition Tyvec tags can be supplied for labelling products with date and compliance stamps. These tags are:
• Tear, water and weather resistant
• Flexible - resisting continuous folding and flexing
• Tolerant of a wide range of temperatures
• Approved for contact with foodstuffs
• Suitable for labelling
• Available in different sizes
In addition to the supply of ....

Embleton Food
Haven't found what you are looking for? enter your search term below.

List your Food in Perth
If you own a business in Perth and would like to have your business listed here then add your business to the guide. You can get a Classic Listing where you will be able to feature your business including a photo, opening hours, specials and more in our Perth Food directory.

Browse other businesses in Perth

Looking for the best House Movers Perth, Movers Perth knows how to do it with a proper method. We have been giving House Movers Services for more than 2 decades. We will provide reliable service like Home Removals, Office Removals, Furniture Removals, Piano Removals, Pool Table Removals and other Services. Give a call on number 08 5117 3099 for bookings on the same day, or you can also contact us online. Services are open 24*7 hours. 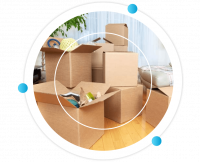 Impressive Pest Control Perth offers exceptional pest inspection and treatment service across Perth. Our team of professional pest eradicators provides you safe and effective pest removal service in Perth. Our pest removal solutions are eco-friendly and gentle for your home environment. We can handle all kinds of pests such as ants, rats & mice, cockroaches, bedbugs, fleas, ants, spiders, silverfish, ticks, and many more.

Cockroaches are the most common insect that is found in every corner of the house. They are one of the most deadly crawling insects. We can see then In the kitchen that it is not good for your health. Remove all unwanted cockroaches by getting services from the impressive Pest Control Perth. Our team is here to provide complete extermination from cockroaches at affordable prices in Perth. We use a very effective and best solution to remove cockroaches totally in your area. We provide a very reasonable cockroaches control service in Perth. For more information, you can follow our social media page. 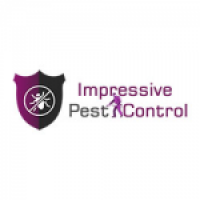 We at Office Furniture Removalists Perth provide office furniture removal service to help and move your office furniture irrespective of shape, size, and weight. We can move any kind of house or office stuff like table, chair, sofa, bed, etc. We are also a leading Piano Movers in Perth. Get in touch with us to know more about our services and facilities and make your furniture relocation experience better and better. To know more please call us at 08 5117 3004 and visit us at https://furnituremoversperth.com.au/