Own a business in Werribee?

A Guide to Werribee

Werribee is just outside Melbourne in Victoria and is regarded as a Melbourne suburb. It lies 32 km south-west of the Melbourne city centre.

Things to see and do in and around Werribee

Werribee Park Mansion - Werribee Park was the estate of the brothers Thomas and Andrew Chirnside. They were sheep farmers who had built the mansion by 1877. Today you can wander the halls of this magnificent building and revel in the Victorian decor. However, you may find the 'What Was That?' night tour much more fun. Part guided tour, part play, it is a unique way to find out more about the mansion and its original inhabitants. The tour guides are actors who pretend to be the maid, Maggie and the butler, Mr Duncan.

Werribee Open Range Zoo - If you've been travelling through Australia long enough, you may start yawning at the thought of seeing yet another kangaroo, koala or platypus. The Werribee open Range Zoo in Werribee Park will then be a welcome change. The zoo's theme is Africa, so you can watch the antics of the meerkats, try to work out just how long a giraffe's neck really is or hide your jewellery from the ostriches since they love shiny things. Other animals include zebra, oryx, hippo, rhino, lions, cheetahs and vervet monkeys.

Rally driving - Werribee has a rally dirt track where you can kick up some dust. Get into a souped-up rally car and drive a few laps as fast as you can. There are several packages available.

RAAF Museum, Point Cook - The RAAF Museum at the Point Cook RAAF base, just over 11 km from Werribee, is a must-see if you're into aeroplanes. There are three display hangars and an outdoor display area too. The aircraft being exhibited changes from time to time, but you'll see legendary aircraft like the Tiger Moth and the Hercules helicopter. On Tuesdays, Thursdays and Sundays at 13:00 you can even see some of these aircraft, including the Tiger Moth, in action. Note that the museum is closed on Mondays as well as on Good Friday and Christmas Day.

Melbourne - Melbourne is Australia's second biggest city and its cultural capital. There are dozens of museums, parks, art galleries and theatres to explore and festivals to attend. The architecture is incredible and ranges from Victorian to ultramodern creations. The city is famed for its street culture and can be seen as the Berlin of the Southern Hemisphere. You'll be amazed at the sheer number and quality of the works of street art you'll find when you wander the alleys. Don't forget your camera!

Cowes - On the eastern side of Melbourne lies Cowes, Phillip Island. It's a bit of a drive from Werribee through Melbourne - just over 172 km - but well worth it if you have kids. At the Phillip Island Nature Park thousands of little penguins, the smallest penguin species, leave their burrows in the morning to go for a swim and come home at dusk. The Penguin Parade is a magical experience. If you want a different kind of magic, take the kids to A Maze'N Things, just before you drive into Cowes. You'll have a good idea of what you're in for when you see the weirdly shaped building with its giant tap on top. The Big Tap is one of Australia's Big Things. The kids may enjoy running through the maze, but a sure hit will be the Illusions Room. Right next door to A Maze'N Things is another Australian Big Thing, the Big Koala.

The Werribee Ag category ranges from farm chemicals and farming machinery to other relevant Agricultre related businesses in the Werribee area.

Get your Werribee solar and alternative energy needs sorted here.

The Werribee Arts section is for Arts related listings from Artists though to Potters operating in Werribee.

If you are looking for automotive services in Werribee, then browse through our auto listings from auto electricians through getting your car serviced in Werribee.

A Baby is a lot of work! Check our Werribee listings to find what you need.

Covers business services in Werribee from accountants through shop and office fittings operating out of Werribee.

Join a club in Werribee to learn a new skill and make some friends.

Hunting down a community group in Werribee? Have a browse though from Animals, Child Care and other groups in Werribee.

Need a computer repairer in Werribee or in need of a new phone? The computer and electronics category has you sorted no matter where in Werribee you are located.

Doing construction in Werribee? Get all the services and supplies you need.

We all know the value of education, list your Werribee education related listing.

Check the Werribee fashion listings for all your fashion wants!

Get on top of your finances in Werribee by finding the right business to help you or your business succeed.

Looking for a night out in Werribee, hunt through our food and dining listings to browse through hundreds of restaurants and cafes.

Need your hair done in Werribee or after a Pedicure? Have a look through our Werribee hair and beauty listings.

The Health and Fitness Werribee listings cover massage through weightloss.

Need a doctor? need other medical treatments? Our Werribee health and medical guide can find what you need.

Home Repair needed in Werribee? Check though the guide to get help.

Industry makes the world go round, check through our Werribee industrial listings.

Got kids in Werribee? Then browse through our children related businesses.

Need legal help in Werribee, your in the right place. Browse our extensive Werribee legal guide.

Werribee marine for all your boating and fishing listings.

Mining in Werribee and need equipment and services.

Need music lessons in Werribee or and instrument repaired? Have a look here.

Got or looking for an organisation in Werribee? You're in the right spot.

Werribee Personal Care for all kinds of businesses.

We all love pets, get everything for your pets in Werribee.

Need property? The Werribee Real Estate category has got you covered.

We all need a break from time to time, check our Werribee recreation guide for the break you need!

From crowd control in Werribee to security systems, browse our security listings.

Shopping up a storm in Werribee, then start here and get shopping.

Sports and Rec in Werribee got your fancy?

Need some tools in Werribee? check through the tools and equipment listings.

Werribee transport services whether it's getting you or your goods from A to B.

Travelling in Werribee, find your accommodation, car rental and more.

A wedding in Werribee? Browse our listings to get the wedding sorted!

Add your business in Werribee to Local Business Guide.

Other towns and suburbs near Werribee

STARQTECH PTY LTD your on-demand leading resource for cost estimates and drafting. Starqtech strive to add maximum value of estimating services to Architects, Engineers, Developers, and General Contractors, Home Builders, Design Professionals, Managers, & Subcontractors. With over 15 years of experience, our team of professional estimators and staff has the capabilities and expertise to take your business to the next level.

We provide the full Carpet Sanitization service our customer needs. Our expert teams are Well trained and able for Flood Restoration Services.

Call us now on 03 4709 6086 for your local and affordable flood restoration service today. 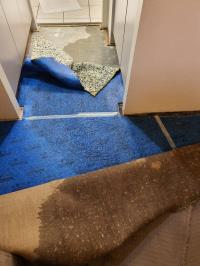 Singh's - Aircon has been serving in Melbourne with satisfactory installation, and after sales servicing of cooling systems - split, ducted, evaporative cooling as well as small commercial cooling systems. We are continuing to provide best of the service in the Aircon industry offering latest and friendly technology to maximize energy efficiency and minimize expense to your pocket.

Professional & Expert Our innovative Building and pest inspection service is guaranteed to give you peace of mind and to provide you with a detailed report of your building defects or pest infestations. We endeavour that you are well informed while making decisions about the property. We are an extremely dedicated company with outstanding customer service and have achieved this by delivering high-quality service in the commercial, industrial and residential environments.

Our high-quality and professional group is based on a team of experts, quality assurance program, and universal documentation of findings and service, all of which guarantees our building and pest inspection service meets high-quality standards and norms.

Our Main Strength and leading edge within the industry is highly professional, qualified & Experienced Civil Engineers with high level of understanding to building defects with focus on high quality standards and attention to micro-level details. Our approach is Simple and Systematic. - We take pride in delivering effective solutions through knowledgeable staff and maintain a friendly attitude and build lifelong relationships with our customers. 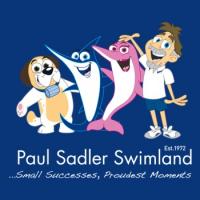