Own a business in South Yarra?

A Guide to South Yarra

South Yarra is an affluent suburb of Melbourne, the state capital of Victoria. It is an inner city area, just about 4 kilometres from the CBD, with neighbours and borders provided by the Yarra River, Richmond, Toorak and Prahran. Much of the suburb is given over to exclusive homes that sit in large plots, and some of Melbourne's most expensive properties are in South Yarra. Accordingly, there's an element of upscale luxury to everything in South Yarra. The parks are a little more pristine, the shopping more designer than bargain, and the food more high end and fine dining than bistro and cafe culture. South Yarra also gives easy access to the wonderful sights and sounds of Melbourne - the cultural hotbed of Australia and one happening city - but that's another story.

If you live in South Yarra, you can say you've arrived, so visitors can enjoy a slice of this most excellent pie when they chose a stay in this charmingly pleasant suburb.

The Attractions of South Yarra

Yarra River- Paths for pedestrians and cyclists run through parkland along the South Yarra river bank. The various bridges over the water offer panoramic views of the riverfront and the city.

Herring Island - Only accessible by boat, the island in the middle of the Yarra River is a charm for artists and nature lovers. It's a haven of peace in a busy city. Enjoy the punt ride across the water from Como Landing, visit the gallery, walk the sculpture scale (the works are made from all-natural materials), or just have a relaxing picnic.

Como House and Garden - Now owned by the National Trust, Como House is a palatial mansion built in 1847, once the family home of one of the nation's wealthiest pioneer families. The historic and beautifully decorated house sites in beautifully manicured gardens.

The Jam Factory - The former fruit bottling plant has been converted to be one of South Yarra's premier destinations. The spacious Galleria is a relaxing place to shop and dine, and the other areas on Chapel Street include 16 cinemas, bars, cafes and funky clothes boutiques. There are also events during school holidays and other seasonal times.

Prahran Market - Although named for the neighbouring suburb, the historic market, one of the oldest in Melbourne, specialises in fresh and gourmet produce. Check it out on one of the many days when tastings and demonstrations are held.

Toorak Road - There are numerous shopping areas in South Yarra but with more than 300 very on-trend stores, Toorak Road is the place to head if you only want one shopping expedition during your stay.

The South Yarra Ag category ranges from farm chemicals and farming machinery to other relevant Agricultre related businesses in the South Yarra area.

The South Yarra Arts section is for Arts related listings from Artists though to Potters operating in South Yarra.

If you are looking for automotive services in South Yarra, then browse through our auto listings from auto electricians through getting your car serviced in South Yarra.

A Baby is a lot of work! Check our South Yarra listings to find what you need.

Covers business services in South Yarra from accountants through shop and office fittings operating out of South Yarra.

Join a club in South Yarra to learn a new skill and make some friends.

Doing construction in South Yarra? Get all the services and supplies you need.

We all know the value of education, list your South Yarra education related listing.

Check the South Yarra fashion listings for all your fashion wants!

Get on top of your finances in South Yarra by finding the right business to help you or your business succeed.

Looking for a night out in South Yarra, hunt through our food and dining listings to browse through hundreds of restaurants and cafes.

Need your hair done in South Yarra or after a Pedicure? Have a look through our South Yarra hair and beauty listings.

Need a doctor? need other medical treatments? Our South Yarra health and medical guide can find what you need.

Home Repair needed in South Yarra? Check though the guide to get help.

Industry makes the world go round, check through our South Yarra industrial listings.

Got kids in South Yarra? Then browse through our children related businesses.

South Yarra marine for all your boating and fishing listings.

Need music lessons in South Yarra or and instrument repaired? Have a look here.

Got or looking for an organisation in South Yarra? You're in the right spot.

South Yarra Personal Care for all kinds of businesses.

We all love pets, get everything for your pets in South Yarra.

Need property? The South Yarra Real Estate category has got you covered.

We all need a break from time to time, check our South Yarra recreation guide for the break you need!

From crowd control in South Yarra to security systems, browse our security listings.

Shopping up a storm in South Yarra, then start here and get shopping.

Sports and Rec in South Yarra got your fancy?

South Yarra transport services whether it's getting you or your goods from A to B.

A wedding in South Yarra? Browse our listings to get the wedding sorted!

Add your business in South Yarra to Local Business Guide.

Other towns and suburbs near South Yarra

Locomotion employee wellness programs focus on physical ergonomics and posture correction in the workplace. We have online and in person programs to suit any business. 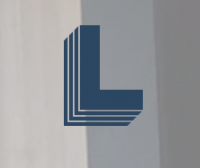 Locomotion employee wellness programs focus on physical ergonomics and posture correction in the workplace. We have online and in person programs to suit any business. 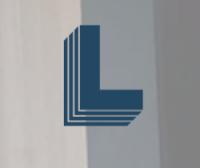 Digital Assembly is certainly a digital marketing agency by having an attention regarding SEO, located in Melbourne, Australia.

Digital Assembly consists of professional, devoted, and industry-savvy digital specialists who are really operated by outcomes. Our experts work together with businesses to assist them, increase online, make requests, secure leads, support leads, get customers and drive revenue.

Our team of professionals has the instruments necessary to aid your business and expand online with analysis and finding, method and preparation, measuring and trace, and enhancing and growing.

Regardless of your purposes or the channel(s) required to reach them, our team might work with you to create a truly tailored method for your business and make sure total clarity throughout the method. 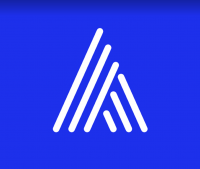 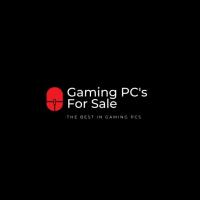 An and to end solution for all things Gym. We do everything from a high level hands on fit outs for new gyms to single and individual pieces for already established locations and evem home gyms fit outs. We use a number of established brands to bring the best selections of each company to ensure you're buying the best for your needs. The beauty of using Gym Equipment Wholesaler is the savings, you will achieve a better pricing than going direct! We can do this only because we buy significant volume from our suppliers year in year out and in turn we love to pass on the savings.

Are you looking for professional movers near you? Hire OZ Removalists South Yarra for hassle-free moving services at an affordable cost. We provide all kinds of moving services such as furniture moving, house shifting, office moving, and pool table relocation Without any damage. for more details Visit our website.

Are you looking for expert movers near you? Hire Removalists South Yarra for damage-free moving service. Our moving team provides the same-day, hassle-free, and fast-moving service at an affordable price. Our Removalists provide you all kinds of removal services so that you will never have to go anywhere else. For more details visit our website.