Own a business in South Melbourne?

A Guide to South Melbourne

Visitors to South Melbourne are in for a real treat. Far more than just a suburb of larger Melbourne, this city in its own right has a long history, notable former residents, an outstanding football club, and a socially-conscious retail district that all deserve attention. And with its close proximity to Melbourne's central business district, there are endless diversions at your doorstep.

The area was formerly known as Emerald Hill. During the 1851 Gold Rush, thousands of immigrants working the gold fields lived here in a vast tent city. The resulting slums were gradually pushed back, and the township was established officially in 1872 as a separate borough. Progress was not to be denied - city status, and the name change to South Melbourne, came along only 11 years later in 1883. Melbourne's urban sprawl led to a decline of the South Melbourne area, but in the 1980's a strong wave of renewal swept through the city and left much brighter prospects in its wake. Since 1994, South Melbourne is officially part of the City of Port Phillip.

The area has a strong sporting history. Among the prominent former residents of South Melbourne are H.H. "Dally" Messenger, one of the earliest professional rugby players, and J.R. "Gentleman Jack" McGowan, a famous boxer, actor, and fellow footballer. Messenger played in both rugby union and rugby league teams, and had such an influence on the sport that the annual Dally M. Medal (awarded annually to the best Australian footballer) was established in his honor. McGowan is famous for holding the Australian championships in three weight divisions - bantamweight, featherweight, and lightweight.

The Attractions of South Melbourne

The main attraction in South Melbourne has to be the South Melbourne Market. Bordered by Cecil, Coventry, and York Streets, the Market is the heart of South Melbourne. With more than 150 stalls, visitors are sure to find everything they need. From masseuses to bistros, and fresh produce to boutique butchers, all of life's necessities are here. Furthermore, the market serves as a civic conscience of sorts - sustainability is a key feature of the market's vision. Energy efficient lighting is in use throughout, and reducing the carbon footprint of vendors and customers alike is at the forefront of the business. In operation since 1867, this is the oldest marketplace in South Melbourne.

After your shopping is done, hit the nearby Cecil Street dining precinct. This street is a burgeoning coffee mecca, with independent roasting operations alongside cafes lining the street. As the day grows older and the hour becomes too late for one more espresso, don't despair. Wine bars, pubs, and restaurants aplenty sit on Cecil Street as well. This is the chance for foodies to experience a wide array of cuisines all in one area. And if a sit-down meal isn't in the cards, the brave-at-heart can sample world cuisines from hawker stalls in the Market and along the street as well. You can't go wrong on Cecil Street - the choice is up to you!

Haven't yet had your fill of sport? Stand-alone types can head over to the Albert Park Public Golf Course for a day in the sun, while team sport aficionados should plan to visit Lakeside Stadium in Albert Park to catch a South Melbourne FC match at Bob Jane Stadium. The venue offers seating for 6,000 fans, and the club has been named the Oceania Club of the Century in 2011.

Round out your visit with a stroll through the old section of the town. Enjoy the Victorian era architecture, focused around the South Melbourne Town Hall. Built in 1879-1880, the Victorian Heritage Registry building was restored in 2004 and is still in daily use. The Hall is home to Multicultural Arts Victoria, the Australian National Academy of Music, and office of the Port Phillip City Council.

Enjoy your visit to South Melbourne - not just a suburb!

A Baby is a lot of work! Check our South Melbourne listings to find what you need.

Join a club in South Melbourne to learn a new skill and make some friends.

Doing construction in South Melbourne? Get all the services and supplies you need.

We all know the value of education, list your South Melbourne education related listing.

Check the South Melbourne fashion listings for all your fashion wants!

Get on top of your finances in South Melbourne by finding the right business to help you or your business succeed.

Looking for a night out in South Melbourne, hunt through our food and dining listings to browse through hundreds of restaurants and cafes.

Need a doctor? need other medical treatments? Our South Melbourne health and medical guide can find what you need.

Home Repair needed in South Melbourne? Check though the guide to get help.

Industry makes the world go round, check through our South Melbourne industrial listings.

Got kids in South Melbourne? Then browse through our children related businesses.

South Melbourne marine for all your boating and fishing listings.

Mining in South Melbourne and need equipment and services.

Need music lessons in South Melbourne or and instrument repaired? Have a look here.

Got or looking for an organisation in South Melbourne? You're in the right spot.

South Melbourne Personal Care for all kinds of businesses.

We all love pets, get everything for your pets in South Melbourne.

Need property? The South Melbourne Real Estate category has got you covered.

We all need a break from time to time, check our South Melbourne recreation guide for the break you need!

From crowd control in South Melbourne to security systems, browse our security listings.

Shopping up a storm in South Melbourne, then start here and get shopping.

Sports and Rec in South Melbourne got your fancy?

Need some tools in South Melbourne? check through the tools and equipment listings.

South Melbourne transport services whether it's getting you or your goods from A to B.

A wedding in South Melbourne? Browse our listings to get the wedding sorted!

Add your business in South Melbourne to Local Business Guide.

Other towns and suburbs near South Melbourne

At Borg Financial, our allegiance is to our clients. We adhere to your finance requirements and deliver high levels of people-focused satisfaction. Are you seeking a professional to assist you with your lending needs? Looking to build or need assistance with your finance requirements? You've come to the right place! With a team of leading financial experts as well as a professional dedication to our clients needs, we deliver comprehensive solutions for using and managing money. Enquire today.

More Bookkeeping Services is a firm comprising of Registered BAS agents and Certified Bookkeepers. Whether it's outsourcing payroll, completing BAS requirements, Super, PAYG or any compliance that your business may require, More bookkeeping Services has a team of professionals that can help!

We are Silver Champion Partners With Xero, Silver partners with Quickbooks. We also provide services with MYOB, Employment Hero and many more accounting packages!

Melbourne Glazier guarantees a reliable and fast service to all Melbourne and outer Melbourne suburbs, 24/7.

Melbourne Glazier guarantees a reliable and fast service to all Melbourne and outer Melbourne suburbs, 24/7.
With more than ten years' experience, Melbourne Glazier ensures your glass replacement will be finished in the fastest possible time to minimise your inconvenience. 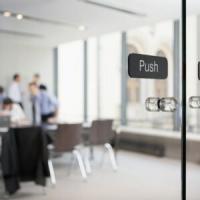 Constructive Legal Solutions (CLS) is committed to delivering excellence for the construction electrotechnology and trades industry that is cost effective and with a determined focus on win- win outcomes. We view our clients' issues holistically, with expert guidance and specialised pragmatic solutions. Our clients include businesses of all sizes including large contracting businesses, as well as small - medium enterprises (SMEs) and start-ups, in the electrotechnology/construction space and includes contractors working in maintenance services and residential projects.