Haven't found what you are looking for? enter your search term below.

Drilling Contractors in other VIC towns

Browse other businesses in Melbourne

A tiny house community for Australia. A free service to promote sustainable living and community.

Tiny Match is a FREE service to promote sustainable living and community.

The tiny house and off grid living movement is still at its infancy in Australia. As it is starting to gain momentum locally, Tiny Match will be the market leading platform as there are no other websites providing our full suite of service offerings.

Our mission at Tiny Match is to challenge the traditional ideas of housing to gain attention from potential tiny house enthusiasts, with existing land owners who may not realise the potential of their space.

It also provides a community channel for members to ask questions, seek advice or share ideas. 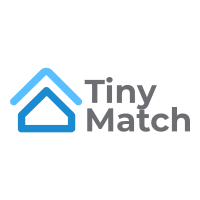 Impex is the global and multi-cultural organisation for the legal profession. The Impexlaw facilitates professional development and exchange of ideas, promotes the Rule of law, and emphasizes friendship and networking among members.

Our Story
The name IMPEX is derived as an abbreviated portmanteau of the words IMPORT and EXPORT.

Before becoming a lawyer in 2005, the firm's principal Joseph Buccheri spent several years gaining international experience in Italy, Switzerland and China that culminated to be the founder in the late 90's of WTOEXCHANGE, an import/export internet marketplace for Small to Medium Enterprises (SME's). Partners included IBM World Trade Corporation, Hewlett Packard, Travelex, Union Bank of Switzerland, Lotus, SGS & Dun Bradstreet as an alternative online and offline 'click and mortar' B2B competitor model to the then nascent Alibaba.

The project was ahead of its time and with a great learning lesson that "you don't always win by being first..." Eventually, the project was shelved due to the economic impacts of 9/11 on the E-commerce industry.

Are you facing a problem with your Air Conditioning System due to lots of dust? then your air conditioning needs to be serviced by professionals. Join Deluxe Duct Cleaning is a well-reputed duct cleaning service provider company in Melbourne. We have professionals and cleaning machines especially arranged for duct system cleaning in Melbourne. You are using your system for a long time. We will give you professional service at a reasonable cost. Our latest tools are helpful to fix your machine. We serve our clients 24 hours in an entire week. contact us for better services or any queries.