Haworth is one of the world's leading designers and manufacturers of high quality office furniture and adaptable workspaces. Innovation and flexibility have been Haworth cornerstones since the company was founded in 1948 in the USA. These principles remain our driving force today, as Chairman Dick Haworth and president and CEO Franco Bianchi lead a worldwide effort to create great, adaptable workspaces.

Currently Haworth operates in over 120 countries, with over 27 manufacturing facilities and more than 8,000 members/employees. With over 15 years experience in Asia Pacific, Haworth stands alone in its commitment to the region. The regional headquarters in Shanghai manages 2 manufacturing facilities, 24 sales offices and 19 dealers throughout Asia Pacific, the Middle East & Latin America region.

Haworth is the only global provider that owns and operates all of its facilities within the Asia Pacific region. Established in 1997, the 250,000 square feet Haworth Shanghai Plant is one of the most advanced furniture plants in Asia. Haworth Pune Plant was establ.... 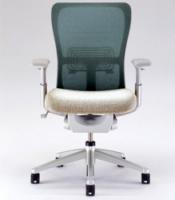 The 180 Lonsdale Street office space is located in the north east district of Melbourne's bustling CBD. This location has excellent access to public transport, with Melbourne Central and Parliament train stations within a 5-10 minute walk, whilst tram and

"The 90 Collins Street centre offers a prestigious business address in Melbourne's 'Paris End'. The recently completed refurbishment has delivered a Grade A office building, complete with state-of-the-art services. 90 Collins Street is immersed in Me

The office space is located in one of Melbourne's most prestigious addresses, 567 Collins Street. The new Premium Grade building offers exceptional connectivity with direct access to train, tram and bus transport. The Centre is within 100m of Southern Cro

Stocking a huge selection of globally sourced office products direct to Australia, Office Choice is your one-stop shop when buying stationery and supplies for your business. With over 60,000 product lines available, don't shop anywhere else but at Office

Our office space at 11 Queens Road is located on the 5th floor of a stunning glass fronted building in the St Kilda Road business precinct, just a short tram ride from the central business district

The Melbourne Como Centre is a prestigious complex in the wealthy district of South Yara which contains apartments, shops, restaurants, cinemas and a five star hotel aswell as premium office space

At Regus Rialto Towers, we offer professional and affordable office space solutions at one of Melbourne's most prestigious business addresses

Situated in Australia's largest commercial mixed use development, Collins Square office space can be found on Level 2, of The Lantern. Conveniently located between the Melbourne CBD and Docklands the area has become a sought-after business address attract

Situated in the lively inner-city suburb of Richmond, Spaces Melbourne is an exclusive location offering inspiring workspace in the creative east. The building's unique interior design along with our tailored service concept, makes Spaces Melbourne an ene

While our offer is for cheap name badges they are produced using the very best materials.

All badges come with a highly durable clear acrylic. The acrylic used is clear yet extremely tough, making the badge and your logo not only look fantastic, but it also protects the printing and colors from the sun's harmful UV rays. This protection helps to keep your logo looking bright and fade-free, preserving each of your design's vibrant colours for years.


All of our cheap name badges use premium quality injection molded acrylic to ensure extreme durability whilst producing beautiful, professional name tag for your staff or event. Our range combination clip and magnetic fittings is very durable and designed to last the life of the badge.

Source Direct is a famous supplier of promotional beverages and branded water bottles in Australia. The company is supplying custom water bottles with the name and logo of the client company.

Our high-quality custom printed plastic water bottles are supplied with faster delivery and guaranteed quality. Our efficient label artwork allows our customers to serve their guests with the best hospitality and quality. Custom water bottles from Source Direct not only keeps everyone hydrated but also boosts brand presence as the bottles feature the company logo and name on the labels. Our affordable pricing let the companies in Australia serve quality drinks and water to the guests and staff. 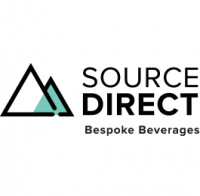 The Kew office space is located in one of Melbourne's most prestigious suburbs, just 6kms east of the Melbourne CBD. The centre is on the ground floor of a five-level office building overlooking the picturesque Alexandra Gardens. This sophisticated and pr

Aussie Office Supplies are you one stop shop for stationery, office supplies, furniture, cleaning products and more. Serving the Kew and wider Victoria, we've got the solution for your school, business or home office needs. Shop online or in-store, we off

Aussie Office Supplies are you one stop shop for stationery, office supplies, furniture, cleaning products and more. Serving the Kew and wider Victoria, we've got the solution for your school, business or home office needs. Shop online or in-store, we offer contactless, fast delivery if you need it. 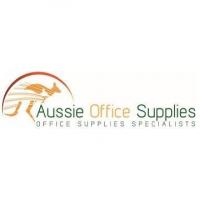 Stationery products as unique as you are.

We are dedicated to sourcing the finest and most desired boutique stationery, bags and accessories from across the globe and bringing them to you in our online store.

Think of us as your virtual stationery cupboard, stocked with a curated collection of supplies from the world's best design stationery brands which you can raid 24 hours a day.

We believe the everyday tools you use at work and play should reflect your personality and identity and be as unique as you are!

NoteMaker - In Your Hand. On Your Desk. In Your Pocket.

Office Supplies West Melbourne
Haven't found what you are looking for? enter your search term below.