DanceArts United is a new and vibrant performing arts school situated in Brunswick Victoria. Our primary focus is in the production of new and exciting theatre works to enrich our student's training.

Working Actors Academy is an acting school run by actors, for actors - young people aged 5 to 18.

Working Actors Academy is an acting school run by actors, for actors - young people aged 5 to 18. Our purpose is to elevate young actors' dreams and ambitions through quality acting training, a safe team environment and practical on stage and on set devised performance. The principle of performance-based learning is at the core of what we do, meaning our students learn by doing. There is nothing like the amazing feeling of being part of a strong, connected group - and this is something we ensure all our students experience. 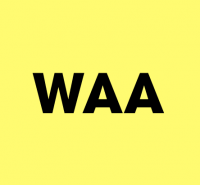 Greentree Acting School has been bringing the joy of drama to young people for over 20 years. Have fun and build confidence through our acting improvisations and games. Our school provides professional opportunities for many of our students.Join us.

Greentree Acting School has been bringing the joy of drama to young people for over 20 years. In that time we have gained an excellent reputation amongst industry professionals as a school which produces fine actors. Film and TV producers and casting consultants often approach the school to audition for their productions. Several of our students have gone on to secure roles in Neighbours, Holly’s Heroes, Fergus McPhail, Blue Heelers, Seachange, Feature films and VCA graduate films.
Here at Greentree Acting School our main aim is for students to have fun, build self confidence and use their imaginations through sculptured acting improvisations, games, mask, speech, and group workshops.
The course will cover varied aspects of acting including scene work, preparation for auditions, script reading, characterisation, and acting for Film and TV skills