Own a business in Footscray?

A Guide to Footscray

Footscray is a small suburb located 5km to the west of Melbourne's CBD. It's home to over 13,000 people and is characterised by its multicultural diversity (particularly Vietnamese and East African), and is particularly distinguished in its artistic initiatives. Art enthusiasts and sports lovers will find lots to do in Footscray.

A Few Tidbits about Footscray

The name of Footscray comes from the town of Foots Cray, which sits on the River Cray in the English county of Kent. The Aboriginal peoples of the Wurundjeri, Yalukit-willan, and Marin-balluk used Footscray as a traditional meeting place. The first European settler to visit this area was Charles Grimes. A memorial to this visit in 1803 is the park where he landed. Today, it's located on Napier Street. Footscray is one of the most diverse areas in Australia, with people from 135 countries living within a few square miles of each other.

The Dog Theatre: This travelling theatre originally opened in September 2008 at a permanent venue in Footscray. Now it travels around the suburb area, and surrounding areas featuring upcoming performing arts talent. Its old site in Albert Street still has its funky bar with coffee, snacks, and seating under the shade of a large willow tree open to the general public.

Trocadero Art Space: The Trocadero Art Space is a small art gallery featuring works from young modern artists. It focuses on constantly changing exhibitions designed to showcase as much work as possible. Modern artists which have featured in recent months include Chantal Wynter and Lou Molesworth.

Footscray Yarraville City Band: This brass band comprises of musicians, young and old, from the local area. They perform throughout Footscray at various times each year. Go and see their spring concert at the Blue Stone Hall, or the annual carolling event at Christmas time in the nearby Yarraville Gardens.

Footscray Park: Spend some time in this popular park and explore the second largest botanical garden in Victoria. It contains some of the rarest plants in Australia, as well as stunning scenery as it's bordered by a river which separates the racecourse from the park. You will find plenty of comfortable and scenic seating areas within.

Footscray Rugby Union Club: Formed in 1928, this rugby union club is one of the oldest in Australia. The various teams play their matches at Dodemaide Oval in Footscray Park. Games are open to members of the public who want to explore rugby at all levels. Like most clubs in Melbourne, they wear the colours of red, white, and blue with the emblem of a bulldog attached.

Statue of Ted Whitten: This unique statue is a monument to one of the sporting heroes of Melbourne. As a Hall of Fame footballer and TV personality, Whitten passionately promoted the State of Origin games. His statue is a unique work, as the artist has captured him in the middle of an overhead kick. The statue of 'Mr Football' currently stands outside the Whitten Oval.

Dining Out: Melbourne has, in recent times, become known for its very on-trend food culture, and Footscray is right up there in the mix. There are more than 130 restaurants in Footscray representing practically every cuisine you can think of. As you might imagine, the markets also reflect this ethnic diversity and a stroll round the stalls of Footscray Market, Little Saigon and the Wholesale Market are a visual and aromatic treat.

The Footscray Ag category ranges from farm chemicals and farming machinery to other relevant Agricultre related businesses in the Footscray area.

The Footscray Arts section is for Arts related listings from Artists though to Potters operating in Footscray.

If you are looking for automotive services in Footscray, then browse through our auto listings from auto electricians through getting your car serviced in Footscray.

Covers business services in Footscray from accountants through shop and office fittings operating out of Footscray.

Join a club in Footscray to learn a new skill and make some friends.

Hunting down a community group in Footscray? Have a browse though from Animals, Child Care and other groups in Footscray.

Need a computer repairer in Footscray or in need of a new phone? The computer and electronics category has you sorted no matter where in Footscray you are located.

Doing construction in Footscray? Get all the services and supplies you need.

We all know the value of education, list your Footscray education related listing.

Check the Footscray fashion listings for all your fashion wants!

Get on top of your finances in Footscray by finding the right business to help you or your business succeed.

Looking for a night out in Footscray, hunt through our food and dining listings to browse through hundreds of restaurants and cafes.

Need your hair done in Footscray or after a Pedicure? Have a look through our Footscray hair and beauty listings.

The Health and Fitness Footscray listings cover massage through weightloss.

Need a doctor? need other medical treatments? Our Footscray health and medical guide can find what you need.

Home Repair needed in Footscray? Check though the guide to get help.

Industry makes the world go round, check through our Footscray industrial listings.

Got kids in Footscray? Then browse through our children related businesses.

Need legal help in Footscray, your in the right place. Browse our extensive Footscray legal guide.

Footscray marine for all your boating and fishing listings.

Mining in Footscray and need equipment and services.

Need music lessons in Footscray or and instrument repaired? Have a look here.

Got or looking for an organisation in Footscray? You're in the right spot.

Footscray Personal Care for all kinds of businesses.

We all love pets, get everything for your pets in Footscray.

Need property? The Footscray Real Estate category has got you covered.

We all need a break from time to time, check our Footscray recreation guide for the break you need!

From crowd control in Footscray to security systems, browse our security listings.

Shopping up a storm in Footscray, then start here and get shopping.

Sports and Rec in Footscray got your fancy?

Need some tools in Footscray? check through the tools and equipment listings.

Footscray transport services whether it's getting you or your goods from A to B.

Travelling in Footscray, find your accommodation, car rental and more.

A wedding in Footscray? Browse our listings to get the wedding sorted!

Add your business in Footscray to Local Business Guide.

Other towns and suburbs near Footscray

Are you planning to move office or house? Contact Harry The Mover to relocate in or out of Footscray. Removalists Footscray is a specialist in moving house, office moving, packing/unpacking, and furniture moving services. Our movers provide packing and moving services at an affordable price. For more details visit our website.

Hire Harry The Mover for professional moving services. Our Removalists Footscray provides all kinds of shifting services such as furniture moving, house moving, office shifting, and pool table relocation services. Our team always ready for a stress-free move without any damage. For more details visit our website. 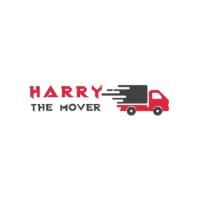 Western 4WD and outdoors are a Platinum Ironman dealer , selling and servicing all makes and models of 4WD vehicles, Bull bars, Towbars, Suspension kits, Winches, driving lights. Out door gear, Swags, tents, fridges, chairs, cooking equipment. biggest Ironman store in Victoria, Call or come in for the best price and service for all your 4WD gear. 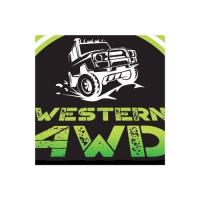 Comfybeddy is your personal guide to the world of sound sleep. Are you looking for tips that can improve your sleep? Or trying to figure out what mattress will suit your needs? Maybe, you aren't really that familiar with the mattress market and just want to compare different models? Comfybeddy has detailed answers to all these questions!

Here at Comfybeddy we take over the boring part of shopping and deliver detailed guides on lots of sleep products, so you can make your choice in a couple of clicks and without any hassle.

What We Do
The easy answer is: we do what we're most passionate about, which is helping people improve their sleep. This means that we research, compare, and rate the sleeping products for you, so you can make the final choice without headaches. We concentrate our work on mattresses, as it's the key component of the sound sleep but you can also find guides on how to choose pillows, mattress toppers, bedsheets and other sleep products on our website.

How We Work
Our work process consists of three stages. First, we do our research by closely monitoring the market, picking the best products, browsing through tons of user reviews and asking a manufacturer a lot of questions so we can deliver the most precise info. Second, we compare the chosen models and create detailed guides where we explain the main features that you should consider. Finally, we rate the p.... 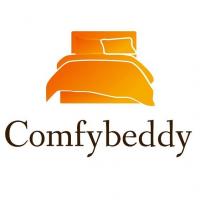 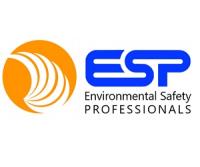