Own a business in Southport?

A Guide to Southport

When you think of Gold Coast, your mind immediately turns to glorious beaches and crystal blue oceans, but there is also a commercial heart of this thriving tourist city, and that heart, very much pulsating healthily, is Southport.

Southport, despite being Gold Coast's CBD is also the city's major entertainments area and still offers plenty of tourist and visitor attractions. It is a fascinating landscape of high rise towers and picturesque beachfront as well as the swampy reaches of the Nerang River.

Gold Coast City Council Chambers is home to a time capsule that was buried when Southport's original shopping centre (now demolished) was built back in 1969. As well as items from the time, it contains notes about the visions people had back then of what life would be like in the 21st century.

The Attractions of Southport

Southport Beach - The beach is golden and long, clean and well maintained. There is safe swimming here, but as Surfer's Paradise is only 6 minutes up the road, most beach lovers head there instead. If you like peace and quiet and somewhere safe for the kids to toddle about while you do pretty much nothing, Southport beach is ideal. Shade and showers are on the beach.

Broadwater - This is the area that made Southport originally attractive as a tourist destination way back when, and it refers to the stretch of coast facing Southport. Still attractive, the area is home to various marinas and Southport Yacht Club, and offers plenty of opportunities for fishermen, sailors and water sports enthusiasts.

Broadwater Parklands - There's an awful lot happening in this part of town. Subject to a majorly-funded development, the parklands are being regenerated to be Southport's premier space for outdoor pursuits, community and nationally significant events, sports and entertainment. Whilst development is ongoing, you'll find plenty of attractions including the pier, events areas, picnic spaces, massive outdoor cinema screen, a delightful fig tree boulevard, kids playgrounds, a cycle and scooter track, rockpools, wetlands, the ANZAC Park and the Pavilion Building, which along with other viewing platforms offers tremendous views.

Broadwaterway - A scenic pedestrian and cycle track that runs along the foreshore.

Sea World - Absolutely one of Gold Coast and Southport's major attractions and fulfilling all the expectations you have of a top class theme park, Sea World is packed with thrilling rides, play areas, entertainments, dining options and of course amazing animal encounters: Get up close and personal with dolphins, penguins, rays, polar bears (the only place in Australia where you can), hosts of seabirds, seal and sharks, in the biggest man-made shark lagoon in the world.

Gold Coast Aquatic Centre - Found on Marine Parade next to the Southport Broadwater, the outdoor centre is brilliantly equipped for all swim fans with a 50m pool, 33 and 25m pools and a teaching pool. There are also diving towers and an aquatic playground for kids.

Australia Fair Shopping Centre - It does seem that travel these days inevitably includes some retail therapy. For your holiday shopping needs Southport has Australia Fair with 230 shops. It also has 2 food courts, the nicety of which being that they overlook the Southport Spit and Broadwater. There's also a charming outdoors Fig Tree court where you and your credit card can take a break and soak up some sunshine. Other shopping can be found at Marine Mirage on The Spit, Scarborough Street and Southport Park., and the Ferry Street Markets are always good value for a trip out.

The Southport Arts section is for Arts related listings from Artists though to Potters operating in Southport.

If you are looking for automotive services in Southport, then browse through our auto listings from auto electricians through getting your car serviced in Southport.

Covers business services in Southport from accountants through shop and office fittings operating out of Southport.

Hunting down a community group in Southport? Have a browse though from Animals, Child Care and other groups in Southport.

Need a computer repairer in Southport or in need of a new phone? The computer and electronics category has you sorted no matter where in Southport you are located.

Doing construction in Southport? Get all the services and supplies you need.

Check the Southport fashion listings for all your fashion wants!

Get on top of your finances in Southport by finding the right business to help you or your business succeed.

Looking for a night out in Southport, hunt through our food and dining listings to browse through hundreds of restaurants and cafes.

Need your hair done in Southport or after a Pedicure? Have a look through our Southport hair and beauty listings.

The Health and Fitness Southport listings cover massage through weightloss.

Need a doctor? need other medical treatments? Our Southport health and medical guide can find what you need.

Home Repair needed in Southport? Check though the guide to get help.

Industry makes the world go round, check through our Southport industrial listings.

Need legal help in Southport, your in the right place. Browse our extensive Southport legal guide.

We all love pets, get everything for your pets in Southport.

Need property? The Southport Real Estate category has got you covered.

Shopping up a storm in Southport, then start here and get shopping.

Sports and Rec in Southport got your fancy?

Southport transport services whether it's getting you or your goods from A to B.

Travelling in Southport, find your accommodation, car rental and more.

A wedding in Southport? Browse our listings to get the wedding sorted!

Add your business in Southport to Local Business Guide.

Other towns and suburbs near Southport

The Gold Coasts most comprehensive fixed-price pest control treatment packages, backed by industry leading warranties. Servicing the entire Gold Coast, from Upper Coomera to the border, and into the Hinterland.

Pest Control Gold Coast service is one of the services you should consider whenever there is a need. There can be different pests in your house, and you should never ignore their presence.

No matter what your circumstances, we can help you for your best outcomes to study, live or work in Australia on a temporary or permanent stay. If you would like an expertised and affordable immigration advice tailored to your individual circumstances, simply contact us by phone or fill the a Non-obligation assessment. One of our professionals will be in touch with you within 24 hours to advise you of your options.

No matter what your circumstances, we can help you for your best outcomes to study, live or work in Australia on a temporary or permanent stay. If you would like an expertised and affordable immigration advice tailored to your individual circumstances, simply contact us by phone or fill the a Non-obligation assessment.

One of our professionals will be in touch with you within 24 hours to advise you of your options. 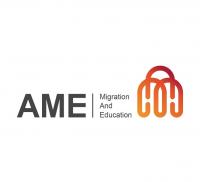 Globe Interiors has over 50 years of experience, our service goes above and beyond. Inspired by Australian living, we specialise in Apartment packages, furniture, curtains, blinds and Interior Design. 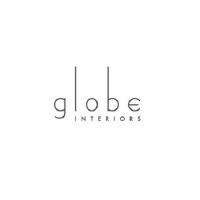 Snap Print & Design Southport is your local source for graphic design and commercial printing services. We provide personalised and expert advice so your business cards, stickers, posters, signage, flyers, brochures and more will have that WOW factor. Visit our website to request a quote or call to discuss your next project. Covering the Ashmore and Southport areas.

SERO Institute is a leading provider of vocational education and training courses for both domestic and international students specialising in commercial cooking courses, hospitality, business, community service, block chain and English courses delivered across our campuses in Brisbane, Gold Coast and Perth. With a vision to be recognised locally, regionally and nationally as the leading education provider of choice, we work with you to provide first-hand experience and the practical application of skills that are transferable to the real-world environment.

SERO Institute is a leading provider of vocational education and training courses for both domestic and international students specialising in commercial cooking courses, hospitality, business, community service, block chain and English courses delivered across our campuses in Brisbane, Gold Coast and Perth. With a vision to be recognised locally, regionally and nationally as the leading education provider of choice, we work with you to provide first-hand experience and the practical application of skills that are transferable to the real-world environment.

Founded based on the values of Leadership, Governance, Relationship, Dedication, and People and Work Satisfaction, trust in SERO Institute to hone your skills to perfection and enter the workplace with confidence, skills and knowledge that meet industry standards by enrolling in one of many course offerings listed below today:

Gel Ball Undercover is the premium Gel Blaster stockist in Australia, with a range of Gel Blasters, parts and accessories we have everything you need for an afternoon of fun.