The team at Absolute Plumbing Qld can help you with all your Plumbing and Gas fitting needs throughout Brisbane's northside. Whether it's a plumbing emergency, general household plumbing maintenance or plumbing for your home renovations. Call 3205 1100.

Our licensed and qualified plumbers, service all of Brisbane's Northside. We offer a rapid response to all your plumbing emergencies. Help is on hand 24hrs a day / 7 days a week / 365 days a year.

"Absolute Plumbing Qld gives you complete peace of mind by offering you a 12 month Workmanship Guarantee. We will also handle for you any manufacturer claims on all products we supply to you. If you are not happy with your completed job, call us and we will do whatever is needed to make sure you are delighted!"

Buz Plumbing Services was Established in October 2018. We are a family orientated company Servicing the inner Brisbane Northern Suburbs.

Buz Plumbing Services predominantly provides a Maintenance Plumbing, Drainage, and Gas Fitting service with over 10 years experience in all facets which include:

LJM Plumbing and Drainage strives to be number one when it comes to plumbing and drainage maintenance in the Brisbane area. Our licensed team of tradesman and trained office staff will provide you with a prompt and efficient service. We pride ourselve

Our licensed team of tradesman and trained office staff will provide you with a prompt and efficient service. We pride ourselves in quality workmanship and exceptional personable service. We like to think we take the stress out of the job for you and give you complete piece of mind.

Our prompt and reliable service insures you peace of mind all hours of the day and night with our 24 HOUR EMERGENCY call out service.

Please dont hesitate to CONTACT us for a FREE QUOTE or any other plumbing queries.

At Aptus Plumbing & Gas we have built our business on a high level of professionalism. Whatever your plumbing or gas requirements may be, we are ready and well prepared to provide you with an apt solution. Aptus is connected with the industry's lea

Dependable, ready, the right fit for you. Plumbing, Gas and Solar

At Aptus Plumbing & Gas we have built our business on a high level of professionalism. Whatever your plumbing or gas requirements may be, we are ready and well prepared to provide you with an apt solution.

Aptus is connected with the industry's leading product suppliers so you can be assured of quality products and workmanship. We are proud of our work and aim to be a company you can depend on.

Our service extends beyond simply completing the job, we make sure our work and fees are explained to you so there are no hidden costs or surprises once the work is done.

We happily service all areas of Brisbane. Contact us via phone or email to discuss your requirements and to obtain a free quote.

APTUS PLUMBING & GAS - Dependable, ready, the right fit for you.

We know the panic and undue stress that can arise in the case of a plumbing disaster, which is why we have an emergency plumber on call 24/7, 365 days a year, for all your urgent plumbing needs.

At The Brisbane Plumbers, our customers' needs come first and foremost. We know the panic and undue stress that can arise in the case of a plumbing disaster. Unlike other emergency plumbing companies in Brisbane, we deliver what we promise, and we have a 24-hour emergency plumber on call. Our aim is to bring to you rapid, efficient and top-tier personalised service for all your urgent plumbing needs. Our guaranteed emergency service is genuine - call us anytime, day or night.

With extensive experience in both Residential and Commercial projects, Northern Plumbing Gas & Drainage offer a genuine one-stop-shop for all your plumbing, gas and drainage needs.

With extensive experience in both Residential and Commercial projects, Northern Plumbing Gas & Drainage offer a genuine one-stop-shop for all your plumbing, gas and drainage needs.

We have access to leading brands and suppliers. Services from Northern Plumbing Gas & Drainage are competitively priced and we pride ourselves on always leaving the worksite just as we found it.

Is there an emergency plumbing service available in your area? If you are from North Brisbane, then you are in for a great news. Electroplumb is a service provider that offers excellent results for your plumbing needs. Whether it is a clog in your bathroom sinks or leakage in kitchen pipes, our outstanding services will pacify all your plumbing problems.

Our services include checking plumbing defects and restoring them for better function. We have a professional plumbing worker who helps in any plumbing concerns in your home. Our standard and excellent assistance to any household in Brisbane set us apart from other service providers.

For more details regarding our service, feel free to contact Chris, our professional plumber. He is an expert in all plumbing works. Call 0452 477 612. You can also send us an email at chris@electroplumb.com.au. 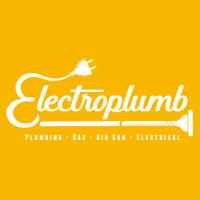 At Clayton Granzien Plumbing Pty Ltd, we pride ourselves on producing an affordable but quality solution to all your plumbing and excavation needs, on time and on budget.

When you need someone local who is the owner of the business call Shane first. I have been established in Brisbane for 35 years. I work fast clean up afterwards and don't muck around. Many jobs can be completed quickly as I carry a large range of parts.

Established in 1972, our family owned and run business is renowned for providing high quality, reliable and customer focused plumbing solutions throughout Brisbane.

Providing everything from emergency plumbing, drain unblocking, repairs, maintenance and much more. Our plumbers will utilize their years of experience and extensive knowledge to get all jobs completed correctly the first time, every time. We guarantee to help the residents of Brisbane through whatever type of plumbing dilemma they may be experiencing. So whether it's a general issue, hot water problem, a blocked drain, leaky tap or a drainage problem, we are always available to assist 24/7.

What is a plumber?

A plumber is a tradie who specialises in water and sewage piping. A Brendale plumber can fix leaking pipes or install a new hot water cylinder.

Do Brendale plumbers use plastic piping?

Yes, plastic plumbing piping is becoming increasingly common in you location domestic plumbing jobs. The pipes are cheaper than using metal and are quicker to join and use as they do not require brazing together.

Why do Brendale plumbers use less copper piping now?

The price of copper has risen dramatically in recent times and thus has led to a decrease in its usage in Brendale plumbing jobs.

Yes, if you employ a plumber in Brendale you will want to check that they are licensed to operate in your state. Each state keeps its own licensing and registration scheme. If you ask a plumber for their licence number they will be able to provide it for you to check.

Can a Brendale plumber install a hot water system?

Yes, a Brendale plumber can install a hot water system for your house. If it is a new electric hot water system you may also need to get an electrician invloved to connect the new system to your power board.

How do I find an Brendale plumbing contractor?

Either browse our listings to find plumbing contractors in Brendale or ask a friend or family member to recommend a plumber they have had a good experience with.

How do I fix water leak repair Brendale?

If you have leaking pipes and need to fix water leak repair Brendale then you are best to call in a plumber to get the pipes repaired. Pipes left leaking can cause damage over time so it best to repair them as soon as possible.

Why is a emergency plumber Brendale needed?

Often plumbing emergency's occur when a pipe bursts and water starts to flood the house causing damage to carpet and fixtures in the house. It is times like these when you need a Brendale emergency plumber to come in and fix the situation. If you have a burst pipe you should immediately turn off the water to the house to minimise the damage and then call a plumber.

Who should I contact for blocked drain repairs Brendale?

If you have encountered drainage problems then it may be a symptom that you need blocked drain repairs Brendale because there is something blocking the pipes at your house, this can occur from things blocking up the pipes such as fat deposits or even tree roots that have grown into the pipes. A plumber can usually fix blocked drains by sending a drain snake type tool to remove the blockage.