Own a business in Brisbane?

A Guide to Brisbane

Beautiful Brisbane! The 3rd most populous city in Australia and the fitting capital of Queensland. With its beautiful setting on Moreton Bay and its enviable climate it's no wonder that it regularly features in the top 20 most enviable places to live in the world. Its natural splendour goes beyond the bay; the Brisbane River, the mountains of the Scenic Rim, an island or two, Country Valley and of course, its proximity to the Great Barrier Reef, are also in its favour as a destination for anyone wishing to explore the gorgeousness of Queensland. The tropical climate also adds to the fantastic mix of reasons why visitors are so attracted to Brisbane.

Brisbane is a green city with its own distinctive style of buildings, and even has a swimming beach at the heart of its CBD. It's a highly cultural city with an exciting live music scene, and a major investment in the arts. Dining out is a pleasure with a happening cafe scene, alongside world class restaurants - the city specializes in breakfasts from around the world, and there is plenty of evening entertainment for every taste. Shoppers won't lack for retail therapy either.

Brisbane is an ideal base for a city break that also offers the best of nature. Many tours operate from the city, offering visits to the islands of Moreton Bay, whale and dolphin watching, cruises on the river in paddleboats, and into the national parks. Eco-tourist activities are also on the list.

Activities in the great outdoors are plentiful, and those with a taste for adventure can go bush walking, tramping through tropical forest, hiking up mountains, kayaking along rivers, or rock climbing - all in magnificent surroundings.

The Attractions of Brisbane

Brisbane Greeters - Free tours provided by the city, by city residents. See Brisbane from the insider point of view.

The beaches - The stunning sands of the Sunshine Coast are just minutes from the CBD. The beaches offer safe swimming and the whole range of water sports.

Story Bridge - Take the Adventure Climb to scale the city's iconic bridge to appreciate views in all directions, taking in Moreton Bay, the mountains, and the urban sights of Brisbane.

Historic buildings - Testament to its history, there are some major architectural sights of interest to visitors including, the Albert Street Uniting Church, the Commissariat Store (the oldest building in the city), Customs House, Old Governance House and the Anzac Square war Memorial - Brisbane was a major Allied base in WWII, with 1 million US troops passing through and was operational HQ for General MacArthur.

Abbey Museum of Art and Archaeology - Houses a very impressive collection of artefacts from around the world, including Aboriginal cultural exhibits and fine art and high design items. Its European collection is one of the premier exhibits of western culture in Australia.

Queensland Maritime Museum - One of the largest maritime museums in the country, QMM can be found in the dry docks of South Bank Parklands. Its major attraction is the old warship HMAS Diamantina.

Mount Coot-tha Lookout - Presents a stunning panorama from its observation deck. See the city shimmering in the sunlight by day, and like a fairyland at night when it is illuminated. The Lookout area has a wishing waterfall and lovely manicured gardens.

Bikeways and walkways - With 1,200 kilometres of trails through the streets, parks and over bridges, Brisbane is an easy city to explore on foot or two wheels.

The South Bank - THE place to go for entertainment, dining and shopping. The city's premier music venues are here, including the various concert halls and theatres that make up the Queensland Performing Arts Centre, which is home to the Queensland Symphony Orchestra, the Queensland Ballet and the Queensland Opera.

Queensland Gallery of Modern Art - The largest modern art collection in Australia, housed in a contemporary building on the South Bank.

The Brisbane Ag category ranges from farm chemicals and farming machinery to other relevant Agricultre related businesses in the Brisbane area.

The Brisbane Arts section is for Arts related listings from Artists though to Potters operating in Brisbane.

If you are looking for automotive services in Brisbane, then browse through our auto listings from auto electricians through getting your car serviced in Brisbane.

Covers business services in Brisbane from accountants through shop and office fittings operating out of Brisbane.

Hunting down a community group in Brisbane? Have a browse though from Animals, Child Care and other groups in Brisbane.

Need a computer repairer in Brisbane or in need of a new phone? The computer and electronics category has you sorted no matter where in Brisbane you are located.

Doing construction in Brisbane? Get all the services and supplies you need.

Check the Brisbane fashion listings for all your fashion wants!

Get on top of your finances in Brisbane by finding the right business to help you or your business succeed.

Looking for a night out in Brisbane, hunt through our food and dining listings to browse through hundreds of restaurants and cafes.

Need your hair done in Brisbane or after a Pedicure? Have a look through our Brisbane hair and beauty listings.

The Health and Fitness Brisbane listings cover massage through weightloss.

Need a doctor? need other medical treatments? Our Brisbane health and medical guide can find what you need.

Home Repair needed in Brisbane? Check though the guide to get help.

Industry makes the world go round, check through our Brisbane industrial listings.

Need legal help in Brisbane, your in the right place. Browse our extensive Brisbane legal guide.

We all love pets, get everything for your pets in Brisbane.

Need property? The Brisbane Real Estate category has got you covered.

From crowd control in Brisbane to security systems, browse our security listings.

Shopping up a storm in Brisbane, then start here and get shopping.

Sports and Rec in Brisbane got your fancy?

Brisbane transport services whether it's getting you or your goods from A to B.

Travelling in Brisbane, find your accommodation, car rental and more.

A wedding in Brisbane? Browse our listings to get the wedding sorted!

Add your business in Brisbane to Local Business Guide.

Other towns and suburbs near Brisbane

BRISBANE leading digital marketing agency with a focus on delivering business growth. We only seek the best results for our clients! Contact Us.

Wear your best looks without having to worry about the state of your closet. Borrow My Dress is a dress rental service that sends your chosen dress through post, or for pickup at our showroom. Borrow a dress today.

Wear your best looks without having to worry about the state of your closet. Borrow My Dress is a dress rental service that sends your chosen dress through post, or for pickup at our showroom. Borrow a dress today.

Convodojo is a reputable digital marketing company that helps your marketing, sales and support teams better communicate with customers in real-time using website live chat, chatbots and email automation. We set up automatic and action-triggered emails that will be sent in a sequence to specific customers in specific time intervals. This approach facilitates strengthening relationships with leads, new customers, and long-term customers without spending so much time on tedious email admin tasks. 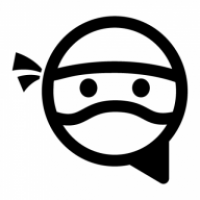