Somnio is an Australian based Company coordinating Cosmetic & Dental Procedures to the TOP plastic Surgeons in Thailand and the Gold Coast. Private Hospitals. Affordable Travel and Procedure Packages. Free Assessments. 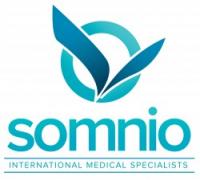 Somnio is a Latin word that means 'To Dream'.

Somnio was established in 2009 quickly set a benchmark for Medical Tourism agencies by offering superior service and personalised care. Virginia took helm of the company solo in late 2012 alone, amidst of the departure of her business partner and immediately attracted the attention of Channel 7 Sunday Night Show, News Limited and more recently SBS all covering different aspect of the company; as well as travelling with Somnio on Group Tour and visiting us in our Gold Coast office. December 2012 saw Somnio add a new addition to the company - Somnio Phuket! With the client numbers growing the company set about introducing a ground care Somnio Team to ensure clients were also looked after while abroad in Phuket.

In Late 2013 Somnio then broke the 'code' and was the first agency to introduce procedures at home with a Cosmetic Surgery Clinic for their clients initially in Sydney, moving into the Gold Coast in 2014 utilising one the best Plastic surgeons and Private Hospitals.

In recent times - Somnio has expanded their Medical Specialists in Bangkok to include: Bangpakok9 Hospital and their 6 Plastic/reconstructive surgeons, Dr Boonchai who operates from the Phyathai 2 International Hospital and Dr Thanakom out of Piyavate Hospital.

Teamed with the best hand-picked PRIVATE Hospitals, qualified Hospital Coordinators, Internationally Accredited Plastic and Reconstructive Surgeons and Specialists within Thailand and Australia, Somnio is continuing to grow from strength to strength with new Hospitals and destinations on the horizon...!

Where you can find Somnio International Medical Holidays