Own a business in Ulladulla?

A Guide to Ulladulla

You'll find the charming town of Ulladulla on the Princes Highway about 180kms south of Sydney. When a town has a motto of 'where every day is a weekend', you get some idea that life goes on at a gentle pace here. The harbour is a working one supporting the largest commercial fleet of NSW, with tuna being a major catch, and it is fishing and tourism that forms the economic backbone of the town. Being halfway between Nowra and Bateman's Bay, Ulladalla has its own great facilities and attractions, but also make for a great base for touring this part of New South Wales. Blessed with national parks, lovely beaches and a nice temperate climate, Ulladulla caters for all holiday tastes.

A Bit of History

Ulladulla was home to various Aboriginal groups noted by Captain Cook in the 1770s, but the township began when Reverend Thomas Kendall moved in and started a timber business. Commerce grew and thanks to the timber supply and the safe harbour, shipbuilding also featured. Although Ulladulla actually means safe harbour, this part of the NSW coastline is somewhat treacherous and after a number of shipwrecks, a lighthouse was built at the end of the harbour's pier. Today, the lighthouse stands at Warden Head, still lighting the harbour so the fishing fleet can operate at night. This fishing fleet formed a cooperative in 1956, and in 1957, began the tradition of the Blessing of the Fleet, a festival which continues today.

Things to do, places to see

Surf's Up - There are 10 fabulous beaches in the Shoalhaven region of which Ulladulla is part and most are part of the Beachwatch program which ensures clean, safe facilities. This stretch of coastline has some of the best surf waters in NSW and surfers, body boarders, and Malibu riders regularly frequent the sands of Bendalong, Mollymook, Wairo, Racecourse, Aussie Pipe and Rennies.

Heritage Tours - Guided walking tours of Milton - the original settlement that became Ulladulla - take you on a trip back in time to view the old shops, houses, post office, and pubs. There are also ghost tours held on various evenings each week.

One Track for All - Going back further in time, this trail is the story of Shoalhaven from an Aboriginal perspective. The trail features beautiful pictorial carvings and 4 spectacular lookouts for views of the coast and Ulladulla harbour.

Warden Head Light - One of only 2 wrought-iron lighthouses in NSW, Warden Head offers beautiful views (plenty of parking available) but the tower itself is not open to the public.

Tabourie Lake Museum - If you like your museums bijou and eclectic, this one is for you. You find furnished rooms depicting rural Australian life, exhibits of Aboriginal culture and artefacts, and local history, along with nature exhibits, shells and minerals.

Morton National Park - A very large park, Morton is home to Pigeon House Mountain, and you can be among the 8,000 that make the climb up its slopes each year. It's worth the trek as on a clear day the views are stupendous, letting you see cliffs and gorges carved by the Clyde River, the plateaux of The Castle and Byrangee and also the coastline from Point Perpendicular to Mount Dromedary. The walk to the summit will take about 4 hours.

Lakeside - Just south of Ulladulla are saltwater lakes where the living is good and the fishing is easy - or maybe it's the other way round? Either way, you'll have to share the space with the pelicans that call the area home.

Whale Watching Tours - Twice a year, the migratory path of the magnificent mammals of the sea bring them in easy reach of Ulladulla and organised whale watching trips are available at the harbour.

Art Galleries - Three small galleries in Ulladulla exhibit local and national artists. They are the Alley Gallery, the Art Gallery at Ulladulla Guest House and the Millhouse Courtyard Gallery.

The Big Marlin - Ulladulla is the proud owner of one of Australia's Big Things. In this case it is a giant fluorescent marlin on the top of the aptly named Marlin Hotel, which can be seen from out at sea.

On the Outskirts - Venture just out of town, down small roads off the Princes Highway to discover darling little places like Bawley Point and Kioloa and find gum forests, deserted beaches and kangaroos.

The Ulladulla Ag category ranges from farm chemicals and farming machinery to other relevant Agricultre related businesses in the Ulladulla area.

Get your Ulladulla solar and alternative energy needs sorted here.

The Ulladulla Arts section is for Arts related listings from Artists though to Potters operating in Ulladulla.

If you are looking for automotive services in Ulladulla, then browse through our auto listings from auto electricians through getting your car serviced in Ulladulla.

A Baby is a lot of work! Check our Ulladulla listings to find what you need.

Covers business services in Ulladulla from accountants through shop and office fittings operating out of Ulladulla.

Join a club in Ulladulla to learn a new skill and make some friends.

Hunting down a community group in Ulladulla? Have a browse though from Animals, Child Care and other groups in Ulladulla.

Need a computer repairer in Ulladulla or in need of a new phone? The computer and electronics category has you sorted no matter where in Ulladulla you are located.

Doing construction in Ulladulla? Get all the services and supplies you need.

We all know the value of education, list your Ulladulla education related listing.

Check the Ulladulla fashion listings for all your fashion wants!

Get on top of your finances in Ulladulla by finding the right business to help you or your business succeed.

Looking for a night out in Ulladulla, hunt through our food and dining listings to browse through hundreds of restaurants and cafes.

Need your hair done in Ulladulla or after a Pedicure? Have a look through our Ulladulla hair and beauty listings.

The Health and Fitness Ulladulla listings cover massage through weightloss.

Need a doctor? need other medical treatments? Our Ulladulla health and medical guide can find what you need.

Home Repair needed in Ulladulla? Check though the guide to get help.

Industry makes the world go round, check through our Ulladulla industrial listings.

Got kids in Ulladulla? Then browse through our children related businesses.

Need legal help in Ulladulla, your in the right place. Browse our extensive Ulladulla legal guide.

Ulladulla marine for all your boating and fishing listings.

Mining in Ulladulla and need equipment and services.

Need music lessons in Ulladulla or and instrument repaired? Have a look here.

Got or looking for an organisation in Ulladulla? You're in the right spot.

Ulladulla Personal Care for all kinds of businesses.

We all love pets, get everything for your pets in Ulladulla.

Need property? The Ulladulla Real Estate category has got you covered.

We all need a break from time to time, check our Ulladulla recreation guide for the break you need!

From crowd control in Ulladulla to security systems, browse our security listings.

Shopping up a storm in Ulladulla, then start here and get shopping.

Sports and Rec in Ulladulla got your fancy?

Need some tools in Ulladulla? check through the tools and equipment listings.

Ulladulla transport services whether it's getting you or your goods from A to B.

Travelling in Ulladulla, find your accommodation, car rental and more.

A wedding in Ulladulla? Browse our listings to get the wedding sorted!

Add your business in Ulladulla to Local Business Guide.

Other towns and suburbs near Ulladulla

CrossFit Ulladulla is a training style designed to help you achieve maximum levels of fitness through weightlifting, cardio, and gymnastics.

Once you have completed the PREP COURSE (course for beginners) you will be well-prepared to take part in any of the CrossFit Ulladulla group classes. CrossFit Ulladulla is different every day, so you'll experience a wide variety of movements to challenge you and help you achieve the results you're looking for. Our coaches will be with you every moment of class to instruct you and make sure you train safely and enjoy your class. Our highly-trained CrossFit Ulladulla coaches will instruct you throughout each session so you can keep moving toward your goals safely and quickly. They will make sure you have fun as well! Train around injuries, work around your schedule, and never wait for a piece of equipment.aFor both teens and adults, CrossFit Ulladulla training is excellent for motivation. You will push harder training together than what you will training alone, and your community is there to cheer you on. 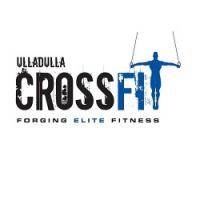 Make a sea change and enjoy life between the beach and the bush. Suncoast gives you the best of nature, every day, along with outstanding facilities and friendly neighbours. You’ll enjoy the beauty of the local area and find delight in the fuss-free coastal living.

Surrounded by bushland beauty and the best of beachside living, start your day with a walk in one of the local natural attractions. After breakfast, enjoy a swim in the pool before spending the afternoon enjoying the new clubhouse, and an active social calendar of events with other residents. When you want to explore the local region, pack a picnic and a fishing rod - you won't be disappointed. 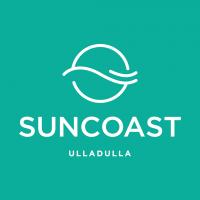 Flick Pest Control’s Ulladulla branch takes pride in providing the South Coast and Shoalhaven suburbs with safe pest control solutions that work. A full suite of pest control and termite solutions is provided, as well as a selection of hygiene services.

Flick Pest Control's Ulladulla branch takes pride in providing the South Coast and Shoalhaven suburbs with safe pest control solutions that work. A full suite of pest control and termite solutions is provided, as well as a selection of hygiene services.

WITH OVER 40 YEARS OF EXPERIENCE IN THE BUILDING INDUSTRY, CHRIS HARLEY IS THE PERFECT CHOICE TO BUILD YOUR DREAM HOME.
Hotondo Homes in Ulladulla is a family-owned business who know how to build the perfect family home. Having lived in the region for over 45 years, their expert knowledge is incomparable. They build dream homes in Ulladulla and nearby areas including Bendalong, Kioloa, Milton, Bawley Point, Manyana and Mollymook.
Chris Harley has owned and operated the business for over 12 years, with his children working by his side, the team work to ensure each and every client has a smooth and stress-free building journey.
Priding themselves on their personalised customer service and attention to detail, the team offer a range of home designs to suit your lifestyle. Hotondo Homes in Ulladulla specialise in building properties for difficult, sloping blocks of land with a range of split level designs available.
Find out more about the Hotondo Homes Ulladulla team by getting in contact with them today!

BWS Ulladulla is a convenient liquor retailer offering customers a wide range of beers, wines and spirits. With over 1,290 locations around Australia, we really are just around the corner.

BWS Ulladulla is a convenient liquor retailer offering customers a wide range of beers, wines and spirits. With over 1,290 locations around Australia, we really are just around the corner. With great weekly specials and 1 hour Click & Collect, perfect for stopping in on the way to a dinner party to pick up a wine or grabbing a 6 pack of beer to watch the football, BWS offers local shoppers a convenient liquor option.