Own a business in Tweed Heads?

A Guide to Tweed Heads

Tweed Heads is a town right on the border between New South Wales and Queensland, Australia. Located on the Tweed River and next to the ocean, Tweed Heads is the twin town of Coolangatta, which falls on the Queensland side of the border and is a Gold Coast suburb. Brisbane lies just over 100 km to the north-north-east while Sydney is about 830 km to the south.

How to celebrate the New Year twice

Between Tweed Heads and Coolangatta you can cross the street and cross into a new time zone. This can be confusing but also makes for some interesting possibilities. For instance, if you're in town on New Year's Eve, you can ring in the New Year in one pub, then go to another pub on the opposite side and do the countdown again an hour later. The reason why this is possible is that in the Australian summer months, New South Wales uses daylight saving time but Queensland doesn't.

Things to see and do in and around Tweed Heads

Bush and beaches - The area around Tweed Heads and along the Tweed River has some great tracks for bushwalking but the main attraction in this part of the world is the beaches. In Tweed Heads, babies are born with a proverbial surfboard under the arm and many surfing champions grew up here. You'll find great surf breaks at various points along the coast, among them at Point Danger and at Fingal Head. The beaches also offer a host of other activities and if you're interested in scuba diving, Cook Island, just 2 km offshore, is a particularly good location.

Point Danger - The border between New South Wales and Queensland ends at Point Danger. This headland is a prime picnic spot with a lighthouse and stunning views. You can sometimes see dolphins from here and during the late winter and early spring months your chances of spotting whales are quite good too.

Fingal Head - Many people think that Point Danger is the place that Captain James Cook named thus when he visited this coastline in 1770. However, the headland that Captain Cook called Point Danger is actually the one now known as Fingal Head. Volcanic in origin, this spot features rock columns reminiscent of those at Fingal in Northern Ireland. There is a causeway called Giant's Causeway too, similar to the Irish one. Remember to bring your camera because here you'll be able to take some memorable landscape photographs. Fingal Head has fantastic beaches and surf breaks as well.

Tropical Fruit World - About 15 km south of Tweed Heads you'll find the town of Duranbah, home to Tropical Fruit World. The climate in this area is subtropical and perfect for growing tropical fruit like avocados and pineapples. At Tropical Fruit World you can learn more about how these fruit are cultivated. The farm also offers walks through the orchards and rainforest, a river cruise through jungle, a mini train and activities like mini golf for the kids. You'll find the Big Avocado here too.

Tweed River - There are many spots along the banks of the Tweed River where you can hike, fish, water-ski or simply relax. For an interesting outing, take a boat or, even better, a houseboat about 30 km upriver to Murwillumbah. In the past this was a timber town and logs were transported from here downriver to the coast. Today it's a lovely little town to explore and to get away from the hustle and bustle of the coast.

Mount Warning - The best view of the Tweed River valley and the Pacpherson Range is from Mount Warning, about 45 km south-west of Tweed Heads. This mountain is one of the Southern Hemisphere's largest shield volcanos and got its name from Captain Cook, who called it Mount Warning to remind sailors that the reefs off Fingal Head are very dangerous. The hike up the mountain isn't too difficult and from the viewing platform at the top you can see for miles in every direction.

The Tweed Heads Ag category ranges from farm chemicals and farming machinery to other relevant Agricultre related businesses in the Tweed Heads area.

The Tweed Heads Arts section is for Arts related listings from Artists though to Potters operating in Tweed Heads.

If you are looking for automotive services in Tweed Heads, then browse through our auto listings from auto electricians through getting your car serviced in Tweed Heads.

Covers business services in Tweed Heads from accountants through shop and office fittings operating out of Tweed Heads.

Doing construction in Tweed Heads? Get all the services and supplies you need.

Check the Tweed Heads fashion listings for all your fashion wants!

Get on top of your finances in Tweed Heads by finding the right business to help you or your business succeed.

Looking for a night out in Tweed Heads, hunt through our food and dining listings to browse through hundreds of restaurants and cafes.

Need your hair done in Tweed Heads or after a Pedicure? Have a look through our Tweed Heads hair and beauty listings.

Need a doctor? need other medical treatments? Our Tweed Heads health and medical guide can find what you need.

Home Repair needed in Tweed Heads? Check though the guide to get help.

Industry makes the world go round, check through our Tweed Heads industrial listings.

Mining in Tweed Heads and need equipment and services.

Tweed Heads Personal Care for all kinds of businesses.

We all love pets, get everything for your pets in Tweed Heads.

Need property? The Tweed Heads Real Estate category has got you covered.

We all need a break from time to time, check our Tweed Heads recreation guide for the break you need!

From crowd control in Tweed Heads to security systems, browse our security listings.

Shopping up a storm in Tweed Heads, then start here and get shopping.

Sports and Rec in Tweed Heads got your fancy?

Need some tools in Tweed Heads? check through the tools and equipment listings.

Tweed Heads transport services whether it's getting you or your goods from A to B.

A wedding in Tweed Heads? Browse our listings to get the wedding sorted!

Add your business in Tweed Heads to Local Business Guide.

Other towns and suburbs near Tweed Heads

At Pro Concrete Tweed Coast we offer specialised concrete services for slabs, driveways, shed slabs, footpaths and patio slabs. Our reputation for exceptional workmanship is based on long term relationships with our clients and partners.

NDF Electrical Pty Ltd is a small and dynamic Tugun electrician who are dedicated in being the market leaders in service and quality workmanship. Our electrical contractors Tugun are always keeping up to date with the newest technology.

NDF Electrical Contractors are a fully licensed and professional. Our Team is always on hand to provide a premium experience for all our customers.Our qualified and experienced electrician Tugun have been working in the building industry for over 20 years. We treat your home like ours and pride ourselves to an industry-leading standard.
Our highly skilled commercial electrician Tugun provide true workmanship to keep your business running smoothly. We pride ourselves on being prompt and r.... 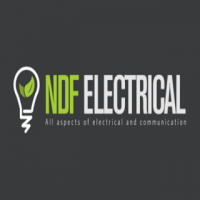 Millard Tyre Centre is proud to be associated with Dunlop as an approved super dealer for their expansive range of quality products.

Millard Tyre Centre is proud to be associated with Dunlop as an approved super dealer for their expansive range of quality products. We offer the complete range of tyres, including standard car applications, performance and racing tyres, as well as tyres for heavy equipment and trucks. We aim to supply all types of tyres at the most competitive prices in the area.
We offer our clients a full range of wheel services covering all aspects of your vehicle's handling and road holding perform.... 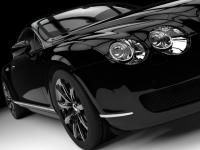 We are an Australian owned and operated company. We hold Master Security Licenses in both NSW and QLD in both locksmithing and electronic security.

To ensure absolute peace of mind and professional service, each and every member of our team here at Border Locksmiths holds an individual security licence and has undergone a National Police Check. They are trained in all aspects of locksmithing and electronic security so they can help with all your security requirements.
Tweed Heads IT SecurityIt Security Tweed Heads

Where businesses come to grow

We are passionate about digital marketing, website developers delivering tailor made packages for businesses online.

Arinda IT support is committed to supplying Forefront level IT Support Infrastructure at a price point and the versatility a medium-sized business demands. We deliver experienced so that you can compete worldwide.