Own a business in Surry Hills?

A Guide to Surry Hills

Located just outside Sydney's bustling central business district, Surry Hills is an inner city Sydney suburb. While it is mostly residential in area, Surry Hills can be an outstanding staging point for taking advantage of all that the greater Sydney area has to offer. Ongoing gentrification efforts have left Surry Hills an area of great character, where historical landmarks abut buildings crafted with the latest in sustainable architecture. Surry Hills offers explorers a chance to see the history of Sydney while remaining close enough to today's attractions.

Perhaps most interesting is Surry Hill's most famous (or perhaps most infamous) former resident. Kate Leigh, the "Queen of Surry Hills" was one of the most prominent figures of Sydney's criminal underworld for more than 30 years. In the 1920's through early 1950's, she operated a number of illegal pubs, organized prostitution, and was a premier dealer in cocaine after it became an illegal substance in the mid-20's. She was infamous for appearing in court decked out in diamonds and fine clothes as a display of her wealth, and served time in prison on 13 separate occasions. Just as legendary as her notoriety was her charity. During hard times, she gave generously to the unemployed, and is widely remembered as being highly patriotic during WWII. Kate Leigh was a complex and intriguing woman who lived in interesting times.

Things to see, places to go

Today's Surry Hills has long since grown out of the difficulties of the early 20th Century, and has seen ongoing renewal. Since the early days, the Surry Hills area has been an eclectic and multicultural enclave, and this spirit survives and is celebrated.

The Surry Hills Neighborhood Centre, housed in the Surry Hills Library building, sponsors markets in the Shannon Reserve park (Crown and Foveaux street area) on the first Saturday each month. These markets are established for the sale of recycled, second-hand, and handmade goods, and the varied cultures at home in Surry Hills are on display.

The Neighborhood Centre is also the sponsor of the annual Surry Hills Festival. The Festival is the highlight of the year (typically held in October) and attracts musical and artistic talent from all over Australia. Dog shows, art shows, and the fantastic food of the region round out the entertainment during the Festival. The entire family can find something to intrigue them at the Festival. There are face painting and storytelling activities (among other things) targeted at the children; exercise workshops in the "healing teepees" to remove the stress of the day; presentations and forums on ecologically-conscious living in today's world; and an indigenous festival to promote appreciation of Australia's cultural background.

Enjoying the great outdoors is part and parcel of time spent in Surry Hills. Just to the east of Surry Hills is Moore Park, which incorporates indoor and outdoor fitness centers, a fitness boot camp, tennis courts, netball, and much more. The park is also home to Moore Park Golf Course and night golf range. Just beyond Moore Park is Centennial Park, with an enjoyable series of ponds ready for your relaxation and enjoyment. Avid golfers can also take a short trip to the south of Surry Hills to play The Australian Golf Course.

Should you need a higher level of culture during your stay, the landmark Sydney Opera House is less than 4 km from Surry Hills. Far more than just a photo opportunity (though it does look great on a postcard!), the Sydney Opera House hosts a theatre company, a symphony orchestra, and a ballet company in addition to the namesake opera performances. More than 1500 performances are hosted annually, with over 1.2 million people attending in all. This is a must-see stop during your time in Surry Hills.

Of course if you're at the opera house, you're already in that other icon of the city, the gorgeous Sydney harbour. Scale the landmark bridge to appreciate one of the most glorious scenes on earth.

Whether you choose to make Surry Hills a destination in itself or to use it as a prime jumping-off point for a Sydney holiday, you won't be disappointed. Lose yourself in the history, celebrate the culture, and embrace the present in Surry Hills, New South Wales.

The Surry Hills Ag category ranges from farm chemicals and farming machinery to other relevant Agricultre related businesses in the Surry Hills area.

The Surry Hills Arts section is for Arts related listings from Artists though to Potters operating in Surry Hills.

If you are looking for automotive services in Surry Hills, then browse through our auto listings from auto electricians through getting your car serviced in Surry Hills.

A Baby is a lot of work! Check our Surry Hills listings to find what you need.

Covers business services in Surry Hills from accountants through shop and office fittings operating out of Surry Hills.

Join a club in Surry Hills to learn a new skill and make some friends.

Doing construction in Surry Hills? Get all the services and supplies you need.

We all know the value of education, list your Surry Hills education related listing.

Check the Surry Hills fashion listings for all your fashion wants!

Get on top of your finances in Surry Hills by finding the right business to help you or your business succeed.

Looking for a night out in Surry Hills, hunt through our food and dining listings to browse through hundreds of restaurants and cafes.

Need your hair done in Surry Hills or after a Pedicure? Have a look through our Surry Hills hair and beauty listings.

Need a doctor? need other medical treatments? Our Surry Hills health and medical guide can find what you need.

Home Repair needed in Surry Hills? Check though the guide to get help.

Industry makes the world go round, check through our Surry Hills industrial listings.

Got kids in Surry Hills? Then browse through our children related businesses.

Surry Hills marine for all your boating and fishing listings.

Mining in Surry Hills and need equipment and services.

Need music lessons in Surry Hills or and instrument repaired? Have a look here.

Got or looking for an organisation in Surry Hills? You're in the right spot.

Surry Hills Personal Care for all kinds of businesses.

We all love pets, get everything for your pets in Surry Hills.

Need property? The Surry Hills Real Estate category has got you covered.

We all need a break from time to time, check our Surry Hills recreation guide for the break you need!

From crowd control in Surry Hills to security systems, browse our security listings.

Shopping up a storm in Surry Hills, then start here and get shopping.

Sports and Rec in Surry Hills got your fancy?

Surry Hills transport services whether it's getting you or your goods from A to B.

A wedding in Surry Hills? Browse our listings to get the wedding sorted!

Add your business in Surry Hills to Local Business Guide.

Other towns and suburbs near Surry Hills

The Pen Accounting has built name by providing reliable accounting bookkeeping services to both well-established businesses and startups. Our dedication is in balancing your books to save costs and close loopholes by recording all transactions appropriately. We have a team of certified accountants and financial experts who excel in financial report preparation, managing cash journals and preparing income-expenditure reports, among other tasks.

The Pen Accounting has built name by providing reliable accounting bookkeeping services to both well-established businesses and startups. Our dedication is in balancing your books to save costs and close loopholes by recording all transactions appropriately. We have a team of certified accountants and financial experts who excel in financial report preparation, managing cash journals and preparing income-expenditure reports, among other tasks. Knowing how important proper financial management is for a business, you have every reason to make use of bookkeeping services. Imagine being able to fully focus on your business without worrying about record keeping and reports preparation. A bookkeeper takes care of all your accounting needs, paying attention to every little detail to ensure you have accurate results. You can rest easy knowing that someone will take care of all your finances. 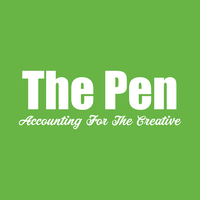 Luxehome.Shop offers a curated range of modern luxury furniture online in NSW, each piece placing quality craftsmanship at the forefront whilst using a combo of design integrity and quality materials. The company's furniture is designed to last a lifetime, with great significance placed on sustainable materials that imitate the desire for elegant and timeless handcrafted furniture. Explore the collection the company has to offer only at the online catalog at Luxe Home Shop website to curate an order based on your needs. Drop a mail to the support team stating your order needs. 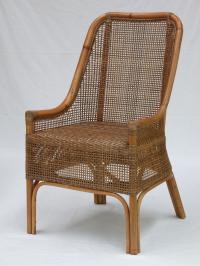 Introduce your child to the wonderful world of dance through Pretty Little Ballerinas as they provide fun yet structured classes. The class atmosphere is joyful with an emphasis on good manners, developing listening skills, understanding and maintaining good posture, and rhythm and musicality to improve co-ordination. PLB believes children learn best through imagery and story telling.

Activ ICT is an Australian based cyber security and Internet service provider that offers its services all over Australia. Since years, the cyber-security provider has been offering custom and platform-based solutions to the various business sectors including banking, wholesale and other small -medium enterprises. Some of the best cyber-security services offered by Activ ICT include cyber security audit, managed threat detection services, penetration testing services, etc. In addition to this, it also utilizes cutting edge artificial intelligence and machine learning to carry data and search r

Activ ICT is an Australian based cyber security and Internet service provider that offers its services all over Australia. Since years, the cyber-security provider has been offering custom and platform-based solutions to the various business sectors including banking, wholesale and other small -medium enterprises. Some of the best cyber-security services offered by Activ ICT include cyber security audit, managed threat detection services, penetration testing services, etc. In addition to this, it also utilizes cutting edge artificial intelligence and machine learning to carry data and search risks that can manage to get through. 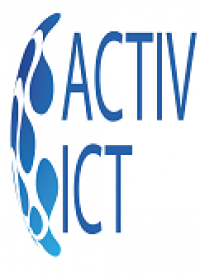 Vaper Choice is a team dedicated to serving all your vaping needs with a wide range of electronic cigarettes and vaping mods. Whatever is your taste and budget, we are committed to helping you with nothing but the best.

Vaper Choice is a team dedicated to serving all your vaping needs with a wide range of electronic cigarettes and vaping mods. Whatever is your taste and budget, we are committed to helping you with nothing but the best. Our e-cigarettes is 100% authentic giving you the freedom to control the level of smoke without any ash residue or tar to deal with. Our Premium Juice is imported from world leading lab which doesn't leave behind a foul taste in your mouth but allows you to feel refreshed with the presence of flavours suiting your taste. Whether you are a starter or someone who needs a switch from traditional smoking, we have something for all. 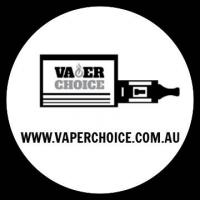