Own a business in Strathfield?

A Guide to Strathfield

Strathfield is a small suburb in the West of Sydney. It's a suburban area free from the hustle and bustle of Sydney's central business district. This area of the city has some startling demography as only 22 per cent of residents have Australian parents. Many see it as a hotpot of Asian culture; particularly from Korea and Japan.

It wasn't always known as Strathfield. It dates all the way back to 1885 when a British ex-convict named Samuel Terry took over the land and named it the Redmyre Estate. Essentially, the name of Strathfield appeared by popular demand.

Essentially a commercial and residential suburb, Strathfield isn't a typical touristy destination, but it has some quirks and selling points which make for an interesting visit.

Strathfield must lay claim to being the home to more Australian Prime Ministers than anywhere else in the country. At the last count, 4 former Prime Ministers have lived in Strathfield at some point in their lives, plus Lady Mcmahon, the wife of the 20th PM also lived here.

Not being content with rolling out Australian Premieres, Strathfield was also once home to globally famous pop group the Bee Gees. The Gibb family, including all 4 singing brothers, lived on Redmyre Road in the 1960s, recording early songs in a studio in nearby Hurstville.

Tomoya Strathfield - The Tomoya Strathfield is one of the suburb's primary quirks. It combines traditional Korean and Japanese cuisine in one offering. Korean staff members run the restaurant, as well as producing fusion bento boxes. It's a mishmash of culinary delights and a unique creation served up by Asian immigrants to the Strathfield area.

Strathfield War Memorial - Strathfield sent a significant number of people to fight for the British Empire in both world wars. This monument to the fallen that sits outside the council chambers is an architectural marvel. The bronze sphere rests on a base with a laurel wreath and a knot to symbolise victory, with four dolphins on the outside. It bears an inscription of unity between Britain's far flung empire.

Strathfield Park - This park is the premier green area of this Sydney suburb. The council has made this into an area where both locals and tourists can mingle and enjoy the Australian sun on its soccer fields, netball courts, and basketball courts. Many people spend their time jogging, sitting in the rotundas, or enjoying a BBQ at some of the many picnicking facilities.

Strathfield Plaza - This shopping centre carries two attractions. Firstly, it's where all the high-end and speciality shops you could ever want mingle together. Secondly, it's the site of the Strathfield Massacre where Wade Frankum murdered eight people, including himself. Arguably, this is the area's greatest, if somewhat horrific, legacy.

Fire Chicken - Whilst not strictly a piece of Strathfield heritage, this is perhaps the only place in Australia where you'll find fire chicken. This Korean dish is chicken which has been marinated in super spicy sauce on a hot plate. It's usually served on its own, but many people prefer it with spicy eel and cheese. It's definitely one of the area's unique culinary additions!

Sydney Sights - Strathfield may not be the standard tourist proposition but don't forget that it is only 14kms from Downtown Sydney. This means all the major sights and attractions of one of the world's greatest cities are just a literal stone's throw away.

Get your Strathfield solar and alternative energy needs sorted here.

The Strathfield Arts section is for Arts related listings from Artists though to Potters operating in Strathfield.

If you are looking for automotive services in Strathfield, then browse through our auto listings from auto electricians through getting your car serviced in Strathfield.

Covers business services in Strathfield from accountants through shop and office fittings operating out of Strathfield.

Join a club in Strathfield to learn a new skill and make some friends.

Doing construction in Strathfield? Get all the services and supplies you need.

We all know the value of education, list your Strathfield education related listing.

Check the Strathfield fashion listings for all your fashion wants!

Get on top of your finances in Strathfield by finding the right business to help you or your business succeed.

Looking for a night out in Strathfield, hunt through our food and dining listings to browse through hundreds of restaurants and cafes.

Need your hair done in Strathfield or after a Pedicure? Have a look through our Strathfield hair and beauty listings.

The Health and Fitness Strathfield listings cover massage through weightloss.

Need a doctor? need other medical treatments? Our Strathfield health and medical guide can find what you need.

Home Repair needed in Strathfield? Check though the guide to get help.

Industry makes the world go round, check through our Strathfield industrial listings.

Got kids in Strathfield? Then browse through our children related businesses.

Need legal help in Strathfield, your in the right place. Browse our extensive Strathfield legal guide.

Strathfield marine for all your boating and fishing listings.

Need music lessons in Strathfield or and instrument repaired? Have a look here.

Got or looking for an organisation in Strathfield? You're in the right spot.

Strathfield Personal Care for all kinds of businesses.

We all love pets, get everything for your pets in Strathfield.

Need property? The Strathfield Real Estate category has got you covered.

We all need a break from time to time, check our Strathfield recreation guide for the break you need!

From crowd control in Strathfield to security systems, browse our security listings.

Shopping up a storm in Strathfield, then start here and get shopping.

Sports and Rec in Strathfield got your fancy?

Strathfield transport services whether it's getting you or your goods from A to B.

Travelling in Strathfield, find your accommodation, car rental and more.

A wedding in Strathfield? Browse our listings to get the wedding sorted!

Add your business in Strathfield to Local Business Guide.

Other towns and suburbs near Strathfield

We are completely equipped with the products and experience to provide you with pest control for peace of mind.

We builds relation of trust among customers
We do not levy any hidden charges
We provide same day services
We accept all type of payments
We are open Monday - Sunday from 6:00am to 9:00 pm.

For same-day appointments call 0488 811 269. We are available 24 * 7 hours to get the reservations and provide the service on schedule.

Have cracked or broken glass? Rapid Emergency Glass Replacement provide professional glass repair services in Sydney NSW for homes, businesses and offices. Our glaziers have many years experience and operate 24hrs, 7 days a week. You can be confident that our licensed glaziers will be at your door quickly and efficiently for all your glass replacement or repair needs for your windows, doors, shopfronts and more.

Welcome to the Opal Painting. We pride ourselves on quality service and excellent workmanship. We offer a 7 year warranty on our workmanship. We use only the best and quality materials to ensure you receive a quality and durable finish. House Painters Sydney Opal Painting & Decorations. 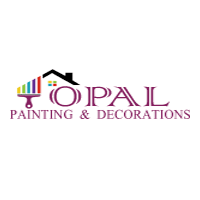 With help of professional labors and removal trucks at InTime Removalist, located at NSW 2135, Australia, we make you feel relaxed, make you feel stress-free from taking belongings to move forward to another location, no matter whether it may be interstate or international, To carefully move your important assets from one place to another, it requires a professional company with good expertise. In big cities like Sydney, there are lots of options available for good removalists. But, it is not easy to find the best
removalists for your work. The company should have good resources and efficient staff to properly handle your belongings. To fulfill your desires with the highest perfection, InTimeRemovalists are giving its best services to you. We are serving as leading removalists firms in Sydney. 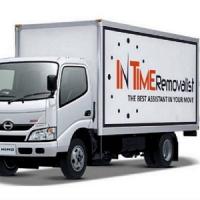 InTime Removalist is assigned for the fast, proficient, qualified move from a professional team and removals trucks around New-South Wales.

You cant stretch for the things, doing all packing and unpacking by yourself and unless you search removalist around you and be good at choosing best removals around you. With help of professional labors and removal trucks at InTime Removalist you can make yourself stress-free from taking belongings to move forward to another location, no matter whether it may be interstate or international, Our team is all time and ever ready at your door.
Contact us
Head Office
Strathfield, 2135, Sydney,
NSW (head office by appointment)