Own a business in Singleton?

A Guide to Singleton

Singleton lies just under 200 kms from Sydney, on the Hunter River in New South Wales. It was founded in the second decade of the 19th century and the town still boasts many historical buildings. Much of Singleton's income is from coal mining, although there is also agricultural production in the surrounding area.

The Hunter Valley is wine country, with several vineyards where you can taste and buy some of Australia's world-renowned wines. The area around Singleton also boasts several national parks where you can enjoy the Australian bush. Bush walking, cycling and camping are popular activities here.

Things to do in and around Singleton

Sundial - The first thing you'll see when you go to the park and recreational facilities along the Hunter River is the Sundial. It weighs 30 tonnes and is the largest of its kind in the Southern Hemisphere. The Sundial was built for Australia's bicentennial celebrations in 1988.

Royal Australian Infantry Corps Museum - If you're interested in war history, the Royal Australian Infantry Corps Museum at the Infantry School is well worth a visit. Its displays will show you the history of the Australian Army's operations, from as far back their involvement in the British campaign in Sudan in 1885, through the two world wars, the Korean and Vietnam Wars and up to its current operations. There are displays too of the weapons the infantrymen used throughout these campaigns. Keep in mind that the museum isn't open every day, so check their website for details before you go.

Sacred Spaces - One of Singleton's heritage sites is the Convent of Mercy, also known as Sacred Spaces. Members of the Sisters of Mercy live here, but the grounds are open to the public too. You can tour the beautiful convent buildings, including the chapel, as well as the grounds. However, you need to make an appointment beforehand. Keep an eye out for events like concerts that take place in Sacred Spaces while you're in Singleton.

Baiame Cave - For a site with a different kind of spiritual significance, drive 23 kms to the south, to the village of Milbrodale. Near the village there is an area of 80 hectares with many rock shelters where Aboriginal people once lived. One of these shelters is the Baiame Cave. Baiame is the creator god in several Aboriginal traditions. The cave has a rock painting of this important figure in Aboriginal lore, showing him with his arms extended to the sides. The painting was made by Wiradjuri people.

Yengo National Park - South of Singleton, near Bulga, you will find Yengo National Park. One of the main features of the park is Mount Yengo. According to Aboriginal lore, the reason for Mount Yengo's flat top is that it is from here that the creator god Baiame jumped back into the spirit world after he created the world and taught the people how to live. Along the southern edge of the park is the Old Great North Road, which was built by convicts in the nineteenth century.

Lake St Clair - About half an hour's drive north of Singleton is Lake St Clair. This is a great place for camping or for day trips from Singleton. The lake is a fisherman's paradise and has facilities for barbecuing your catch. There are also opportunities for swimming, kayaking, sailing, water-skiing and other water sports.

The Singleton Ag category ranges from farm chemicals and farming machinery to other relevant Agricultre related businesses in the Singleton area.

The Singleton Arts section is for Arts related listings from Artists though to Potters operating in Singleton.

If you are looking for automotive services in Singleton, then browse through our auto listings from auto electricians through getting your car serviced in Singleton.

Covers business services in Singleton from accountants through shop and office fittings operating out of Singleton.

Hunting down a community group in Singleton? Have a browse though from Animals, Child Care and other groups in Singleton.

Need a computer repairer in Singleton or in need of a new phone? The computer and electronics category has you sorted no matter where in Singleton you are located.

Doing construction in Singleton? Get all the services and supplies you need.

We all know the value of education, list your Singleton education related listing.

Check the Singleton fashion listings for all your fashion wants!

Get on top of your finances in Singleton by finding the right business to help you or your business succeed.

Looking for a night out in Singleton, hunt through our food and dining listings to browse through hundreds of restaurants and cafes.

Need your hair done in Singleton or after a Pedicure? Have a look through our Singleton hair and beauty listings.

The Health and Fitness Singleton listings cover massage through weightloss.

Need a doctor? need other medical treatments? Our Singleton health and medical guide can find what you need.

Home Repair needed in Singleton? Check though the guide to get help.

Industry makes the world go round, check through our Singleton industrial listings.

Got kids in Singleton? Then browse through our children related businesses.

Need legal help in Singleton, your in the right place. Browse our extensive Singleton legal guide.

Mining in Singleton and need equipment and services.

Need music lessons in Singleton or and instrument repaired? Have a look here.

Got or looking for an organisation in Singleton? You're in the right spot.

Singleton Personal Care for all kinds of businesses.

We all love pets, get everything for your pets in Singleton.

Need property? The Singleton Real Estate category has got you covered.

We all need a break from time to time, check our Singleton recreation guide for the break you need!

From crowd control in Singleton to security systems, browse our security listings.

Shopping up a storm in Singleton, then start here and get shopping.

Sports and Rec in Singleton got your fancy?

Need some tools in Singleton? check through the tools and equipment listings.

Singleton transport services whether it's getting you or your goods from A to B.

Travelling in Singleton, find your accommodation, car rental and more.

A wedding in Singleton? Browse our listings to get the wedding sorted!

Add your business in Singleton to Local Business Guide.

Other towns and suburbs near Singleton

Gencom is an Australian leader in tailored two-way communication solutions that maximise your business' efficiency, safety and productivity. We are a Motorola Solutions Platinum Partner.

Gencom is an Australian leader in tailored two-way communication solutions that maximise your business' efficiency, safety and productivity. Our two-way radio systems give you the network, device and security tools you need to get more out of your business, site or project. From a simple UHF radio to a complex area wide network our expansive range ensures we have the right product fit for you. We are a Motorola Solutions Platinum Partner. 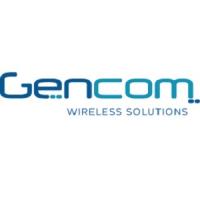 Ms Dental is your partner in affordable and quality dental treatments. Our best dentists are industry-professionals in General Dentistry and can help you with cleanings, filling, extractions, veneers, crowns and bridges. They are also equipped with the best experience in Teeth Whitening and Root Canal Therapy. One of our expert dentists are well-skilled with Clear Aligners, Myobrace, Laser Therapy and Implant Treatment.

With your interest in mind, we offer interest-free payment plans for all treatments and accept all private health funds. Also, we are preferred providers for HCF, Medibank Private, BUPA, Westfund and SMILE in Singleton.

Custom Fluidpower is one of the largest hydraulic, pneumatic, electronic and instrumentation solutions providers in Australia. We offer fast and reliable service where and when you need it.

Custom Fluidpower is one of the largest hydraulic, pneumatic, electronic and instrumentation solutions providers in Australia. We supply a wide range of products to suit all fluid power requirements. Our team is proudly customer focused, which means our emphasis is not solely placed on components and parts sales, but on delivering end-to-end support for engineered innovative hydraulic solutions. Call us on 1300 781 178 to speak with us today.