Own a business in North Sydney?

A Guide to North Sydney

In the frantic hurry to book the next holiday, hidden gems of destinations sometimes escape our notice. We know all of the big cities and the famous beaches, but there are great family holiday destinations lurking just out of sight. Slipping into the lesser-known can turn an average holiday into a memorable one, and completely change your view of a location. For example, North Sydney makes an outstanding holiday destination in its own right with its close proximity to the Sydney CBD. While the district is best known as the information technology and advertising hub of greater Sydney, it is also a friendly and welcoming town that is ready to provide a dose of family fun.

While the title of Australia's greatest celebrity face may be up for grabs, it is generally accepted that Australia's first celebrity was an early resident of North Sydney. Billy Blue was a Jamaican convict who was transported to Australia in 1796, and after serving out his sentence went on to become a ferryman and a water bailiff. His habit of disregarding the law eventually cost him the right to become a bailiff, but his winning personality kept him out of most of the trouble, and led to many of North Sydney's prominent landmarks (including Blues Point, William Street, and the Billy Blue Design School) being named in his honor. Mr. Henry Lawson, considered Australia's greatest writer, was also a resident here. If you haven't read his books, you may still know his face from postage stamps or from the old $10 note (1966 - 1993, prior to the current versions).

Things to see, places to go

The biggest attraction in North Sydney has to be Luna Park. Curled around the eastern shore of Lavender Bay, Luna Park has been entertaining the young and the young at heart since opening in 1935. The Midway still has games and amusements alongside the roller coasters. Maybe unique in the world is the Coney Island funhouse. The National Heritage listed building was constructed in 1935 and is still in operation. Just like any fun park or state fair, one big attraction is the carnival-style food offered here. No need to leave for lunch or dinner - stay in the park and enjoy your meals here as well.

If you tire of time under Luna Park's Big Top and crave more natural distraction, Balls Head Reserve sits only 5 minutes south of North Sydney's center. Balls Head Reserve extends into Berry Bay and is only 5 minutes away from North Sydney. It can be a little disorienting to find undisturbed bush walks, beaches, and barbecue spots while still inside Sydney's sprawl, but this is a great way to get away from it all without a long drive and days of preparation. Whether your preference is catching unbeatable vistas of Sydney Harbour at sunset or in finding intriguing trails for mountain biking, Balls Head Reserve fits the bill. Full facilities in the park allow you to spend as much time as you like enjoying nature, close to downtown.

Are there foodies traveling with you? Be sure to check out Epoque Belgian Beer Cafe for outstanding food and beer, or sign up for a Hunter Valley wine tour. Wine tours include tastings, but not only of wine - typical offerings include gourmet chocolates, gelato, and baked goods (varies depending on tour).

Whether you're visiting Sydney for the first time or the fiftieth, chances are you've given North Sydney a miss. Now is the time to change plans and make sure this suburb doesn't remain overlooked on your holiday to-do list. With attractions for every member of your entourage, you are sure to enjoy North Sydney - it has plenty to offer the whole family.

The North Sydney Ag category ranges from farm chemicals and farming machinery to other relevant Agricultre related businesses in the North Sydney area.

The North Sydney Arts section is for Arts related listings from Artists though to Potters operating in North Sydney.

If you are looking for automotive services in North Sydney, then browse through our auto listings from auto electricians through getting your car serviced in North Sydney.

A Baby is a lot of work! Check our North Sydney listings to find what you need.

Covers business services in North Sydney from accountants through shop and office fittings operating out of North Sydney.

Join a club in North Sydney to learn a new skill and make some friends.

Doing construction in North Sydney? Get all the services and supplies you need.

We all know the value of education, list your North Sydney education related listing.

Check the North Sydney fashion listings for all your fashion wants!

Get on top of your finances in North Sydney by finding the right business to help you or your business succeed.

Looking for a night out in North Sydney, hunt through our food and dining listings to browse through hundreds of restaurants and cafes.

Need your hair done in North Sydney or after a Pedicure? Have a look through our North Sydney hair and beauty listings.

Need a doctor? need other medical treatments? Our North Sydney health and medical guide can find what you need.

Home Repair needed in North Sydney? Check though the guide to get help.

Industry makes the world go round, check through our North Sydney industrial listings.

Got kids in North Sydney? Then browse through our children related businesses.

North Sydney marine for all your boating and fishing listings.

Mining in North Sydney and need equipment and services.

Need music lessons in North Sydney or and instrument repaired? Have a look here.

Got or looking for an organisation in North Sydney? You're in the right spot.

North Sydney Personal Care for all kinds of businesses.

We all love pets, get everything for your pets in North Sydney.

Need property? The North Sydney Real Estate category has got you covered.

We all need a break from time to time, check our North Sydney recreation guide for the break you need!

From crowd control in North Sydney to security systems, browse our security listings.

Shopping up a storm in North Sydney, then start here and get shopping.

Sports and Rec in North Sydney got your fancy?

Need some tools in North Sydney? check through the tools and equipment listings.

North Sydney transport services whether it's getting you or your goods from A to B.

A wedding in North Sydney? Browse our listings to get the wedding sorted!

Photos from in and around north sydney

Add your business in North Sydney to Local Business Guide.

Other towns and suburbs near North Sydney

The Play Based Learning Blog is a leading Australian Bloggers Lifestyle Magazine site for the discerning reader on the web on all things from health, fitness, home and garden matters right through to tips for selecting a business coach or personal trainer. Something for everyone. 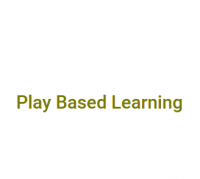 The Davvero Blog is a leading Australian Bloggers Lifestyle Magazine site for the discerning reader on the web on all things from health, fitness, home and garden matters right through to tips for selecting a business coach or personal trainer. Something for everyone. 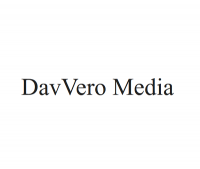 The She Inspires Blog is a leading Australian Bloggers Lifestyle Magazine site for the discerning reader on the web on all things from health, fitness, home and garden matters right through to tips for selecting a business coach or personal trainer. Something for everyone. 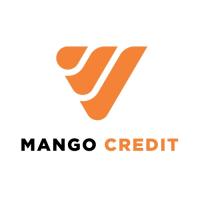 Address: Level 15,101 Miller Street North Sydney, NSW 2060 The Archinet Blog is a leading Australian Bloggers Lifestyle Magazine site for the discerning reader on the web on all things from health, fitness, home and garden matters right through to tips for selecting a business coach or personal trainer. Something for everyone. Business Email : info@archinet.com.au

The Archinet Blog is a leading Australian Bloggers Lifestyle Magazine site for the discerning reader on the web on all things from health, fitness, home and garden matters right through to tips for selecting a business coach or personal trainer. Something for everyone.

A dedicated, professional and quality team will provide their specialist and personalised advice for your entire home lending needs 6 days of the week. The team has over 30 years experience and adheres to strict set of business practices, standards and ethical behaviour. Their diverse finance related customer service background means a high level of customer service is second nature and always aim to achieve a great result. For life's big decisions our experience, skills, knowledge can deliver the very best in achieving your financial goals and success.