Own a business in Newtown?

A Guide to Newtown

Newtown is a suburb of Sydney and is about 4kms from Sydney's central business district. A prosperous suburb in the late Victorian era, there are still many fine mansions among the modern houses and a number of the large 19th century industrial properties have been converted into swanky apartments which fits with the renewed trendy vibe of the area.

The main street of Newton is King Street and this is the centre of entertainment and commerce for the area. Together with Enmore Road, they comprise over a 9km distance with some 600 shop fronts. King Street is often called "Eat Street" because of all the cafes, pubs and restaurants offering a huge variety of different cuisines.

There are a number of accommodation options available to the traveller from backpackers to apartments to holiday homes. As it is such a short distance from Central Sydney and there is a regular train service, Newtown is a great place to stay if you want to avoid the bustle of the city centre but still be close enough to travel there easily.

Things to do in Newtown

Newtown Shops - With a huge variety of shops Newtown is a shopper's paradise for those that love the quirky. Take a visit to All Buttons Great and Small, this shop provides a treasure trove of buttons to film crews and the public alike. Perhaps you have always wanted to own your very own exclusive, one off, authentic leather handbag? If so stop at Leo Monk handbags and take your pick. On the last Saturday of each month the Newtown markets are held. Here you will find novel toys, books, alternative fashion and a variety of artworks by local artists.

Newtown Festival - The year's highlight in Newton is the huge Newtown Festival which is held at the Camperdown Memorial Park. Here you will find a mixture of over 200 stalls selling everything you could think of, three stages for live music ranging from the blues to indie-electronica and all sorts in-between.

St Stephens Anglican Church and Cemetery - This Newtown landmark is one of the best Gothic Revival style churches in New South Wales. A visit to the church and surrounding cemetery provides a peaceful retreat from the surrounding hustle and bustle. People have been coming here since 1849 and, even today, it has a large congregation.

The Enmore - This heritage listed theatre is Sydney's oldest and longest running live theatre. This 100 year old theatre, with its stylised art deco façade, hosts a plethora of bands, comedy acts and other performances from around the world.

The Vanguard - This bar and restaurant has a 1920's feel to the interior. The Vanguard also is a live music venue and combines quality entertainment with stylish dining. Many musical greats like Elvis Costello, Missy Higgins, Jimmy Barnes and Neil Finn have played here. They also have cabaret as a regular feature and their own original burlesque productions. With such a diverse selection of entertainment and a delicious menu everyone can find something they like here.

The Trocadero Dance Hall - opened in 1889 and is one of the last 19th century dance halls still standing in Sydney. Over the years it has been a dance hall, cinema, skating rink, boxing venue, restaurant and various other shops and factories. In 2007 a major restoration took place to return this building to its former glory.

The Newtown Ag category ranges from farm chemicals and farming machinery to other relevant Agricultre related businesses in the Newtown area.

Get your Newtown solar and alternative energy needs sorted here.

The Newtown Arts section is for Arts related listings from Artists though to Potters operating in Newtown.

If you are looking for automotive services in Newtown, then browse through our auto listings from auto electricians through getting your car serviced in Newtown.

A Baby is a lot of work! Check our Newtown listings to find what you need.

Covers business services in Newtown from accountants through shop and office fittings operating out of Newtown.

Hunting down a community group in Newtown? Have a browse though from Animals, Child Care and other groups in Newtown.

Need a computer repairer in Newtown or in need of a new phone? The computer and electronics category has you sorted no matter where in Newtown you are located.

Doing construction in Newtown? Get all the services and supplies you need.

We all know the value of education, list your Newtown education related listing.

Check the Newtown fashion listings for all your fashion wants!

Get on top of your finances in Newtown by finding the right business to help you or your business succeed.

Looking for a night out in Newtown, hunt through our food and dining listings to browse through hundreds of restaurants and cafes.

Need your hair done in Newtown or after a Pedicure? Have a look through our Newtown hair and beauty listings.

The Health and Fitness Newtown listings cover massage through weightloss.

Need a doctor? need other medical treatments? Our Newtown health and medical guide can find what you need.

Home Repair needed in Newtown? Check though the guide to get help.

Industry makes the world go round, check through our Newtown industrial listings.

Got kids in Newtown? Then browse through our children related businesses.

Need legal help in Newtown, your in the right place. Browse our extensive Newtown legal guide.

Newtown marine for all your boating and fishing listings.

Mining in Newtown and need equipment and services.

Need music lessons in Newtown or and instrument repaired? Have a look here.

Got or looking for an organisation in Newtown? You're in the right spot.

Newtown Personal Care for all kinds of businesses.

We all love pets, get everything for your pets in Newtown.

Need property? The Newtown Real Estate category has got you covered.

We all need a break from time to time, check our Newtown recreation guide for the break you need!

From crowd control in Newtown to security systems, browse our security listings.

Shopping up a storm in Newtown, then start here and get shopping.

Sports and Rec in Newtown got your fancy?

Need some tools in Newtown? check through the tools and equipment listings.

Newtown transport services whether it's getting you or your goods from A to B.

Travelling in Newtown, find your accommodation, car rental and more.

A wedding in Newtown? Browse our listings to get the wedding sorted!

Add your business in Newtown to Local Business Guide.

Other towns and suburbs near Newtown

Sydney Mask Australia is an experienced supplier for the national PPE market. We always have stock, we always deliver on time. We are located in New South Wales and proudly Australian owned , supply the construction industry with protective equipment and health professionals with surgical masks.

Since the outbreak of COVID-19, SydneyMask has been to provide quality masks to keep you and your families safe.

We understand that these times are extremely tough and unprecedented, and that's why we're here to help.

With almost 26 years of experience in customizing and personalizing music and record plaques, Gold Records Australia is Australiaâ€™s first and number one choice of designer and manufacturer for presentation pieces in the music and entertainment industry.

For more than 25 years, Newtown Picture Framing Studio has placed a large amount of focus on custom framing. All of their staff have many years of experience and qualifications in the art of Custom Framing, and also art and design. Being based in the center of Sydneyâ€™s artistic hub has its advantages â€“ and as such, they have seen such a large variety of art and memorabilia so they can offer you countless options and impeccable quality no matter what it is that you would like to have displayed on your wall.

For more than 25 years, Newtown Picture Framing Studio has placed a large amount of focus on custom framing. All of their staff have many years of experience and qualifications in the art of Custom Framing, and also art and design. Being based in the center of Sydney's artistic hub has its advantages - and as such, they have seen such a large variety of art and memorabilia so they can offer you countless options and impeccable quality no matter what it is that you would like to have displayed on your wall.

Maxamation have been helping airline customers maximise revenue and profits since 1997, through automated, integrated software, smart data and inventory-optimisation algorithms. Our Aviator airline revenue management system helps airlines to gain typical revenue increases of 7% or more. Aviator has been used to turn unprofitable routes into profitable ones and to turn average routes into stellar revenue performers. Aviator is used by 50 airlines worldwide, and links to all major airline reservation systems.

Take manageable and reliable hair extensions in Newtown from Salon De African pride, get a no obligation quote by calling us at, Tel: 02 9517 1251

Take manageable and reliable hair extensions in Newtown from Salon De African pride, get a no obligation quote by calling us at, Tel: 02 9517 1251 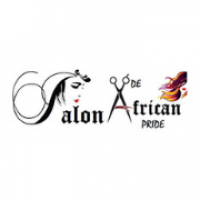 Are you looking for a plumber service in Newtown? Welcome to the Plumber Newtown. We are your local, best Newtown plumber. Our professional team of technicians is available... 24 hours a day, seven days a week. A range of services are provided by our expert staff, and we work on everything from taps to showers to water heaters. We are available 24*7 hours. You can book our plumbing Service by calling on 02 4062 9456 or register online. We will be at your door with our team in no time.