Own a business in Mosman?

A Guide to Mosman

Mosman is a jewel in the crown of Sydney, offering visitors and locals alike the enjoyment of a holiday location on the North Shore without venturing too far from the city. Located just 8 km northeast of Sydney's bustling central business district, this suburb of 30,000 has long been a destination for artists and holidaymakers alike. Beautiful beaches surround the peninsula, placing Mosman between Sydney Harbour and Middle Harbour. The Spit Bridge connects the peninsula to the mainland on the north side, keeping Mosman convenient for travel and easy to access.

The town is named for twin brothers Archibald and George Mosman, who settled here in 1831 and were heavily involved in the shipping trade. Later they diversified and opened a whaling station and became involved in grazing in the area.

Iconic former cricket captain Allan Border grew up in and learned his craft in Mosman.

Mosman's unique geography means that the area is key to the protection of Sydney and safeguarding the harbour entrance. The peninsula has long been used as a primary defensive position. In the late 1880's, the harbour was mined with remote control mines, and a detonation station was set up at Mosman. Later, during WWII, a submarine net was placed across the mouth of the harbour and controlled from Mosman as well. The importance of Mosman's defences was proven in May 1942, when the net stopped an intrusion by Japanese miniature submarines. The danger has now passed, but evidence of the fortifications of Mosman is still visible today.

North Shore Beaches - It would be difficult for any visitor to Mosman to resist the allure of the stunning beaches practically within a stone's throw. From iconic Manly to beautiful Palm Beach, the sands just beg to be laid up and the water beckons for all manner of activities on it, in it and under it.

Sydney Harbour National Park - Protecting the foreshore, some small islands and marine life, the park is ideal for outdoor pursuits. Bushwalking, swimming in delightful hideaways, picnicking and wildlife spotting are on the menu.

Taronga Zoo - Established in 1916, Taronga Zoo is the Sydney city zoo and is located in Mosman. The 21-hectare footprint contains more than 340 species of animals with modern zoo keeping techniques. A key attraction is the elephant enclosure, as Taronga was the first zoo in Australia to successfully breed Asian elephants and have calves born in Australia. Getting to the zoo if fun in itself, as there is a dedicated ferry carrying visitors from Sydney to the zoo ferry wharf, followed by a gondola ride to the top end of the zoo.

Scotland Australia Cairn at Rawson Park - Scottish settlers have had an undeniable impact on Australia's history and development. The Cairn in Rawson Park is built from stones imported from Scotland, and contains a stone from each of Scotland's parishes. A Celtic cross caps the 1,750 stones, and the cairn stands at the park's highest point. The cairn was built in 1988 to celebrate the Scottish Australian bicentennial.

Curlew Camp - In the late 1800's, Mosman became home to several small artists' colonies or camps. Curlew Camp was the most well known of these, and was home to prominent artists Arthur Streeton, Tom Roberts, and Henry Fullwood. Today the camp has been returned to a natural state, and can be seen during one of the many Mosman Walks tours of the area. The site sits just below the current location of Taronga Zoo.

Shakespeare by the Sea (Australia) - The Shakespeare by the Sea festival ran from 1987 until 2011, providing guests a chance to see the Bard's greatest hits at Balmoral Beach in Mosman. Beginning from 2012, the festival has continued under the name Bard on the Beach, and dates have already been announced for the 2014 season. Pack a picnic and come along for a dose of culture during your holiday.

Mosman Art Gallery - The key calling card for the local gallery is the exhibition of paintings in competition for the annual Mosman Art Prize. The Prize has been awarded annually since 1947, and the winning paintings form an outstanding collection for the Gallery. With a current top prize of $30,000, competition is fierce, and brings in the best artists in Australia.

Get your Mosman solar and alternative energy needs sorted here.

The Mosman Arts section is for Arts related listings from Artists though to Potters operating in Mosman.

If you are looking for automotive services in Mosman, then browse through our auto listings from auto electricians through getting your car serviced in Mosman.

A Baby is a lot of work! Check our Mosman listings to find what you need.

Covers business services in Mosman from accountants through shop and office fittings operating out of Mosman.

Join a club in Mosman to learn a new skill and make some friends.

Hunting down a community group in Mosman? Have a browse though from Animals, Child Care and other groups in Mosman.

Need a computer repairer in Mosman or in need of a new phone? The computer and electronics category has you sorted no matter where in Mosman you are located.

Doing construction in Mosman? Get all the services and supplies you need.

We all know the value of education, list your Mosman education related listing.

Check the Mosman fashion listings for all your fashion wants!

Get on top of your finances in Mosman by finding the right business to help you or your business succeed.

Looking for a night out in Mosman, hunt through our food and dining listings to browse through hundreds of restaurants and cafes.

Need your hair done in Mosman or after a Pedicure? Have a look through our Mosman hair and beauty listings.

The Health and Fitness Mosman listings cover massage through weightloss.

Need a doctor? need other medical treatments? Our Mosman health and medical guide can find what you need.

Home Repair needed in Mosman? Check though the guide to get help.

Industry makes the world go round, check through our Mosman industrial listings.

Got kids in Mosman? Then browse through our children related businesses.

Need legal help in Mosman, your in the right place. Browse our extensive Mosman legal guide.

Mosman marine for all your boating and fishing listings.

Mining in Mosman and need equipment and services.

Need music lessons in Mosman or and instrument repaired? Have a look here.

Got or looking for an organisation in Mosman? You're in the right spot.

Mosman Personal Care for all kinds of businesses.

We all love pets, get everything for your pets in Mosman.

Need property? The Mosman Real Estate category has got you covered.

We all need a break from time to time, check our Mosman recreation guide for the break you need!

From crowd control in Mosman to security systems, browse our security listings.

Shopping up a storm in Mosman, then start here and get shopping.

Sports and Rec in Mosman got your fancy?

Mosman transport services whether it's getting you or your goods from A to B.

Travelling in Mosman, find your accommodation, car rental and more.

A wedding in Mosman? Browse our listings to get the wedding sorted!

Add your business in Mosman to Local Business Guide.

Other towns and suburbs near Mosman

Mirror City is Sydney's leading supplier of quality mirrors. We offer more than 1000+ top quality mirror frame design and best range of mirrors Mosman can get. Get the best deals on mirrors Sydney, shipping Australia-wide.

All mirrors available online also can be viewed at our warehouse but only with appointments. We also have the largest stock holding available.

We supply to the general public as well as trade offering a fully insured fulfillment and delivery service.

We have worked with various Interior Decorators. We can provide you with exclusive designs and prices just for you. 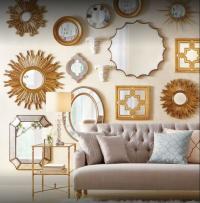 "NumberWorks'nWords was established in 1984 and is one of the world's longest-running tuition providers. From New Zealand, the franchise operation has expanded to include Australia in 1989, and England in 1999."

Today NumberWorks'nWords is part of Crimson Education, an innovative service that helps students to discover and explore their interests, while also providing them with the academic, extracurricular and career-building support required to realise their ambitions. The tuition model caters for 11 levels of the school curriculum and NumberWorks'nWords centres collectively deliver more than 120,000 lessons every term. Our non-stop support systems ensure that every centre operates smoothly.

With over 16 years experience, Paint Bros & Co. is one of Sydney's most reputable home, commercial and industrial painting service - offering years of experience in the Sydney Metropolitan areas and Northern Sydney - working with a broad range of clients, which has given us expertise in countless areas to help keep your premises looking phenomenal. 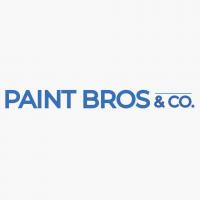 Drawing on 20 years experience as an internationally published writer my couples love that their ceremony won't be generic and boring. Livestreaming Now Available.

When you choose me as your Wedding Celebrant you get ...

an Internationally Published Writer writing your love story
Livestreaming for absent guests!
A high def recording of your ceremony - an incredible keepsake! 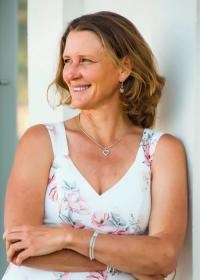 We can deliver all the related advantages of membership to clients but at a much-reduced cost.

Pest Control Mosman offers pest control services to all residential & commercial bases, both as one-off treatments, or yearly agreements. We are fully protected and uses only the most up-to-date biodegradable pesticides and toxins. We can deliver all the related advantages of membership to clients but at a much-reduced cost.