Own a business in Marrickville?

A Guide to Marrickville

Marrickville is one of the many close-in suburbs that feeds workers and students to Sydney each day and welcomes them home again each evening. The town sits quietly on the northern shores of the Cooks River, a scant 7 km southwest of Sydney's busy central business district. When Thomas Chalder arrived here and built his home, he named the estate Marrick, after his native village of Marrick in North Yorkshire, England. In 1861, the village was called Marrickville (purportedly by a local innkeeper), and the name stuck.

Marrickville is home to many who have achieved their personal 15 minutes of fame, including a few contestants and winners of reality shows like Australian Idol and Australia's Next Top Model. But perhaps the most famous current resident is one David Wenham. The actor, producer, and director has been working in television and film since 1987, and his most notable Hollywood film achievements include Van Helsing, 300, Lord of the Rings: The Two Towers, and Lord of the Rings: The Return of the King. Wenham is a native of Marrickville, and still maintains a residence here.

MOST: Marrickville Open Studios Trail - In support of the vibrant art scene in Sydney, Marrickville's local government sponsors an annual one-day event to open the doors of galleries and artists' workshops to the public. This promotes interaction between the artists and the public, showcases the world-class talents living and working in Marrickville, and provides opportunities for art sales throughout the city.

Sydney Trapeze School - Perhaps the most unusual of Marrickville's attractions is the Sydney Trapeze School. Visitors can book training sessions and actually experience a basic version of life as a circus performer. Just remember - a job with the actual circus is not included with your lessons! The school ensures the safety of every participant, and trapeze lessons are a guaranteed to create lifelong memories.

Marrickville Organic Food and Farmers Market - Located at Addison Centre, the market offers up the best organic food and local delicacies that Marrickville has to offer. Going far beyond the everyday, the market allows visitors to sample world cuisines thanks to the ethnic diversity present in the town. Of course, fresh vegetables and fruits are available, but try the food from Vietnamese or Mexican stallholders for a more exotic treat. The Market is open Sundays for your convenience.

The Factory Theatre - A trip to Marrickville would be incomplete without taking in a show at the Factory Theatre. Though the venue has a focus on musical acts, there are frequent alternative events like comedy nights and cabaret shows. Whether the main event is an emerging local artist or an internationally known act, you're sure to enjoy the vibe of Factory Theatre.

Marrickville Golf Course - If you can't manage a holiday without golf, Marrickville Golf offers up an 18-hole, par 60 course that is open to the public, 7 days a week. Fully outfitted with a restaurant and a pro shop, your needs are easily met. The course is located only 4 km from the airport, so getting in and out is easy.

Out and Beyond - Being so well located and with excellent transport links, all the attractions of Sydney are easily accessible from Marrickville. Head east for Bondi Beach, south for Botany Bay and North to the iconic sights of the harbour and the North Shore Beaches.

The Marrickville Ag category ranges from farm chemicals and farming machinery to other relevant Agricultre related businesses in the Marrickville area.

Get your Marrickville solar and alternative energy needs sorted here.

The Marrickville Arts section is for Arts related listings from Artists though to Potters operating in Marrickville.

If you are looking for automotive services in Marrickville, then browse through our auto listings from auto electricians through getting your car serviced in Marrickville.

A Baby is a lot of work! Check our Marrickville listings to find what you need.

Covers business services in Marrickville from accountants through shop and office fittings operating out of Marrickville.

Join a club in Marrickville to learn a new skill and make some friends.

Doing construction in Marrickville? Get all the services and supplies you need.

We all know the value of education, list your Marrickville education related listing.

Check the Marrickville fashion listings for all your fashion wants!

Get on top of your finances in Marrickville by finding the right business to help you or your business succeed.

Looking for a night out in Marrickville, hunt through our food and dining listings to browse through hundreds of restaurants and cafes.

Need your hair done in Marrickville or after a Pedicure? Have a look through our Marrickville hair and beauty listings.

The Health and Fitness Marrickville listings cover massage through weightloss.

Need a doctor? need other medical treatments? Our Marrickville health and medical guide can find what you need.

Home Repair needed in Marrickville? Check though the guide to get help.

Industry makes the world go round, check through our Marrickville industrial listings.

Got kids in Marrickville? Then browse through our children related businesses.

Need legal help in Marrickville, your in the right place. Browse our extensive Marrickville legal guide.

Marrickville marine for all your boating and fishing listings.

Mining in Marrickville and need equipment and services.

Need music lessons in Marrickville or and instrument repaired? Have a look here.

Got or looking for an organisation in Marrickville? You're in the right spot.

Marrickville Personal Care for all kinds of businesses.

We all love pets, get everything for your pets in Marrickville.

Need property? The Marrickville Real Estate category has got you covered.

We all need a break from time to time, check our Marrickville recreation guide for the break you need!

From crowd control in Marrickville to security systems, browse our security listings.

Shopping up a storm in Marrickville, then start here and get shopping.

Sports and Rec in Marrickville got your fancy?

Need some tools in Marrickville? check through the tools and equipment listings.

Marrickville transport services whether it's getting you or your goods from A to B.

Travelling in Marrickville, find your accommodation, car rental and more.

A wedding in Marrickville? Browse our listings to get the wedding sorted!

Add your business in Marrickville to Local Business Guide.

Other towns and suburbs near Marrickville

The Earjobs' E-Team are Australia's hearing protection experts. We've dealt first hand with the ill effects of sleepless nights, ringing ears and treacherously loud work environments. We've also learnt that there's pretty much a set of ear plugs for every hearing problem under the sun. Now we're determined to share with the world what we've learnt on a journey that dates all the way back to 2005.

Pinnacle Self Defence in Marrickville for kids Teens & adults

Pinnacle Self Defence in Marrickville Inner West Sydney delivers classes for kids teens and adults of all ages & levels. 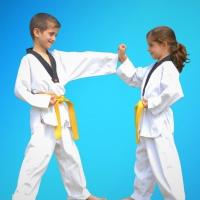 Born from passion and enthusiasm in the beauty industry, Melissa found her way to expertise through achieving her degree in Makeup & Special effects.

Born from passion and enthusiasm in the beauty industry, Melissa found her way to expertise through achieving her degree in Makeup & Special effects. Integrating her talent, devotion and extensive knowledge Melissa built her platform of loyal clientele formed through her expertise in working with all complexions and skin tones for all occasions. 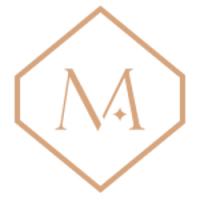 MTN is the world's No 1 Spray paint brand for Graffiti, Street & Fine Arts. Setting the benchmark for quality, we are Australia's best selling paint for the Art. At Montana Colors Australia we want to provide the Australian market access to quality products when they need it for whatever project lays ahead of them. Our team is here to provide the best service possible, along with assisting you in any queries about the Montana Colors range.

MTN is the world's No 1 Spray paint brand for Graffiti, Street & Fine Arts. Setting the benchmark for quality, we are Australia's best selling paint for the Art. 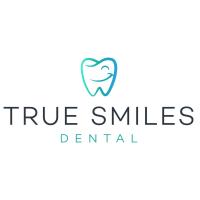