Own a business in Hornsby?

A Guide to Hornsby

Hornsby is a suburb of Sydney and is just about 25 km from the central business district. Lying between the Northern Suburbs and the Upper North Shore, this busy residential suburb is a good base for exploring the charms of Sydney city and the legendary beaches. Transport links are good, so getting around is a simple matter.

The way that Hornsby got its name is quite interesting in that it was a convict who turned to be a policeman in the early part of the nineteenth century. Samuel Henry Horne was one of the people who captured bushrangers in that era. He was honoured by the townsfolk when he was given land and they named it Hornsby Place. Since that time, there are many places that have Hornsby in the title including the railway station.

Things to Do Here

Shopping - Apart from the shopping in Westfield Hornsby, a very large shopping center with Myer and David Jones stores at the heart of it, there are also food courts, restaurants and a Cineplex. Most people stop to wonder at the water clock sculpture at the centre of the pedestrian mall where there is also a public library for some interesting browsing time.

Swimming - Hornsby has an Aquatic Centre which was opened in 1962. However, the new building will not open until 2014 so anyone expecting to visit before then will be disappointed. The good thing though is that people will be treated to a state of the art facility when it opens.

Bowling - Kids often get a little restless when they are on holiday with parents so letting them run around to let off steam is usually the order of the day. To this end, try the AMF Bowling facility which has a great sound system, bowling balls that glow in the dark and bumper rides for that added touch of excitement. Kids love the arcade games and the whole family can be fed and watered.

Relaxing - Lisgar Gardens is a venue to go to when people just want to wander away from city streets. It is six acres of gardens on a steep hillside but visitors will find rhododendrons, gardenias and azaleas among other exotic plants and indigenous trees. In fact, there are ninety or more species of camellias and some of them are around fifty years old or older. People also use the gazebo as a venue for weddings and the three waterfalls and informal lawn areas are ideal for taking great photos.

Historically speaking - There are some interesting heritage listed estate in Hornsby although, sadly, unlike much smaller cities and towns, Sydney is not known for its guided heritage walks. If you do want to take a trip to see historical buildings put the Water Clock, Odeon Cinema, Council Chambers and the War Memorial on your itinerary.

Bushwalking - There is plenty of bushland around Hornsby served by a network of walking trails for where the local flora and fauna can be enjoyed.

Sightseeing - Since Hornsby is in the suburbs of Sydney, it would be hard to resist a visit to the bright lights of Australia's greatest city.

Here, find beaches, water sports, fishing and all things water and beach related. Also go here to get some boat excursions and a 'must see' view of Sydney Harbour Bridge. The Opera House is also within the same area and everyone has to visit and/or take photos here.

Paddington is a wonderful place to shop in and there are designer stores and small boutiques galore. Or try out William Street which seems to be the place to be for hand crafted products.

January sees all the city centre given over to entertainers like burlesque shows, live music concerts and arts and crafts of all descriptions. Indeed, there are more than one thousand events going on in this period so this is not to be missed. It's a great place to celebrate Australia Day.

The Hornsby Arts section is for Arts related listings from Artists though to Potters operating in Hornsby.

If you are looking for automotive services in Hornsby, then browse through our auto listings from auto electricians through getting your car serviced in Hornsby.

Covers business services in Hornsby from accountants through shop and office fittings operating out of Hornsby.

Hunting down a community group in Hornsby? Have a browse though from Animals, Child Care and other groups in Hornsby.

Need a computer repairer in Hornsby or in need of a new phone? The computer and electronics category has you sorted no matter where in Hornsby you are located.

Doing construction in Hornsby? Get all the services and supplies you need.

Check the Hornsby fashion listings for all your fashion wants!

Get on top of your finances in Hornsby by finding the right business to help you or your business succeed.

Looking for a night out in Hornsby, hunt through our food and dining listings to browse through hundreds of restaurants and cafes.

Need your hair done in Hornsby or after a Pedicure? Have a look through our Hornsby hair and beauty listings.

The Health and Fitness Hornsby listings cover massage through weightloss.

Need a doctor? need other medical treatments? Our Hornsby health and medical guide can find what you need.

Home Repair needed in Hornsby? Check though the guide to get help.

Industry makes the world go round, check through our Hornsby industrial listings.

Need legal help in Hornsby, your in the right place. Browse our extensive Hornsby legal guide.

Hornsby marine for all your boating and fishing listings.

Need music lessons in Hornsby or and instrument repaired? Have a look here.

Hornsby Personal Care for all kinds of businesses.

We all love pets, get everything for your pets in Hornsby.

Need property? The Hornsby Real Estate category has got you covered.

We all need a break from time to time, check our Hornsby recreation guide for the break you need!

From crowd control in Hornsby to security systems, browse our security listings.

Shopping up a storm in Hornsby, then start here and get shopping.

Sports and Rec in Hornsby got your fancy?

Hornsby transport services whether it's getting you or your goods from A to B.

Travelling in Hornsby, find your accommodation, car rental and more.

A wedding in Hornsby? Browse our listings to get the wedding sorted!

Add your business in Hornsby to Local Business Guide.

Other towns and suburbs near Hornsby

Wild Wood is a superb range of wooden products which are fresh, innovative and contemporary with a large selection of cutting, chopping & serving boards plus accessories. All completely designed and developed by us here in Australia!

Wild Wood is a smart collection of beautiful wood items designed in Australia by Jane & Jonathan. We want you to love your purchase, so we put a lot of work into making our products look great and work brilliantly. The superb full grain finish of our boards is warm and inviting, and will be appreciated more as they gracefully age. This versatile range is ideal for preparing food including cutting, chopping & carving of any kind. Our boards are designed to be used all day, every day and when care....

Welcome to MJK Painting.We paint residential and commercial projects and take pride in quality and service we deliver.Call us now at 0410 132 014.

AT MJK Painting our professional painter strive for perfect results according to each decorating and individual need.Call us today for free quotes.

Hi, We're lawn mowing Hornsby, the best quality service in your area. We are always happy to work with local home owners to make their gardens an attractive and comfortable space which adds to their quality of life. We're no flower grower though, we prefer working on projects where we can get our hands dirty, such as clearing an overgrown garden, and turning it into an attractive open-air space. At Jim's Mowing, we can take on just about any garden related task, including heavy landscaping jobs,.... 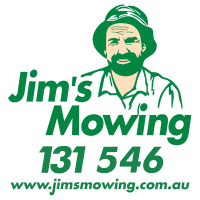 SRM Pest Control is a reliable company because you can expect fast action and quick result for termite treatment.

SRM Pest Control is a reliable company because you can expect fast action and quick result for termite treatment. We are based in Sydney and are a promising company because we focus on providing effective and efficient assistance to both the residential and commercial sectors. 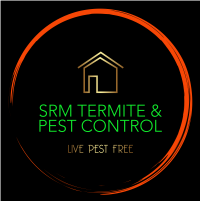 We welcome you to visit our dog grooming service on Hunter Street, Hornsby Sydney New South Wales. Our friendly staff deliver a high quality standard experience for all pet grooming services. Check out our Facebook page for all your latest news!

At the heart of our business is our key promise to you - to help you find the floor you've been searching for. With so many elements to consider in your decorating project, we help you design your interior from the floor up. Our holistic approach ensures we support you in creating the perfect space for your lifestyle. Embracing the latest product developments and styles, our new store layouts (incorporating touch-screen technology) and interior decorating training for our team members, are just ....