Handy Plumbers Coffs Harbour offers the most affordable plumbing services to the Coffs Harbour region. Our plumbers are more than happy to come to you so give us a call today.

If you think you may have a plumbing problem, have it checked and repaired by a professional. You'll save money, protect your assets and enjoy peace of mind.

Joel Cutting Plumbing offers a variety of drain and sewer services throughout the Macksville, Scotts Head, Bowraville or Valla Beach communities. The sewer and drain systems of your home or business, is a integral part of your daily life. While most people don't give them a second thought, your drains and sewer lines are almost constantly hard at work disposing of your home or business's sewage.

A hot water system that is well functioning is essential in any modern household. A damaged hot water service can potentially be dangerous and if left un-fixed can increase the costs to your water bills and other issues to the cold water flow throughout the home. 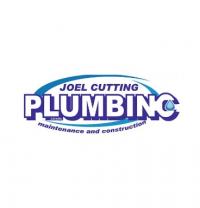 Phil McWha is your local Coffs Harbour plumber, servicing from Woolgoolga to Urunga and Bellingen. Specialising in general plumbing, roofing and guttering and gutter-mesh installation.

A1 Plumbing and Gas Solutions

All Plumb & Gas is a family owned business which provides professional workmanship with a personal touch. We pride ourselves on customer satisfaction and quality workmanship. Whatever Coffs Harbour plumbing problems/projects you may have, we have the right plumbers and knowledge to get the job done. We can perform all jobs Residential, Commercial, Industrial we have got you covered.

Locally owned & operated Coffs Harbour plumber, we have a combined 50 years experience in the industry. Our services range from Industrial, Commercial and Domestic Plumbing. Whether it's a new hot water system or new dwelling, we have the skills and man power to get the job done. RH Plumbing service the Coffs Coast from Grafton to Kempsey & are available 365 days a year.

Looking for a plumber is Coffs Harbour? Give JD Plumbing a call, servicing throughout the Coffs Coast area for all your Coffs Harbour plumbing and gasfitting requirements.

Pure Flow Plumbing provides a complete range of exceptional domestic and commercial plumbing services in Coffs Harbour, including maintenance, repairs, gas fitting and consulting. Our responsive service begins with modern, custom-built management systems that deliver accurate and transparent job management and reporting. Our success relies on our reputation for providing a friendly, reliable and transparent plumbing service that ensures a high quality of workmanship at competitive prices.

Joel Street Plumbing is a locally owned company servicing the Coffs Coast Area from Corindi to Macksville. Specialists in all aspects of Maintenance Plumbing, Gas Installs and Servicing, Renovations. From a Blockage to New Homes, No job is to big or small. 24/7 Coffs Harbour Plumbing. Call today.

Black Dog Plumbing service all areas up to Corindi Beach and down to Nambucca Heads. If you're close to these areas but maybe a further inland, get in touch with us today and we'll arrange one of our specialists to meet with you. From leaking taps, blocked drains, pipe relining to leak detection, burst pipes to water filters. Black Dog can take care of all your Coffs Harbour plumbing and bathroom maintenance needs. Black Dog is a successful business able to handle jobs of all sizes for locals all across the Coffs Coast, whether it be a simple blocked drain or a leaking tap, we're here to help you, right through to plumbing renovation works for bathrooms.

We are often called out to attend to leaking taps in the bathroom, kitchen, or from outdoor hoses, and asked to install new valves for water pipes and hot water services. Blocked toilets and drains, and even leaky roofs are common features too. At Emerald Beach Plumbing we love providing new plumbing and efficient maintenance programs for a range of commercial, body corporate, retail, and healthcare clients across the Coffs Coast. In fact, we also look after various properties and service the needs of several commercial managers, builders, and strata property managers too, by offering preventative maintenance for roofs, sewerage systems, and storm water drains, plus a whole lot more. Whether it's a case of repair or replacement, our Plumbing Coffs Harbour experts can guarantee and safeguard the correct procedures and installation standards required throughout the property industry. We are able to install, maintain and repair all types of hot water systems, including solar, gas, electric, and heat pumps.

Whether you're extending your home or renovating a bathroom, Brian Cook Plumbing handles new installations to suit your requirements. If it's repair or routine maintenance, we work to keep all your plumbing systems running smoothly. Whatever you require, we ensure your plumbing needs are met on-time. We work after-hours to address plumbing emergencies such as burst pipes, hot water damage and clogged drains.Our prompt Coffs Harbour plumbers can take care of any repairs for your home or commercial plumbing.

Jetty Plumbing is a Coffs Harbour plumber who delivers efficient, reliable and quality service. Jetty Plumbing focuses on providing exceptional customer service, timeliness and great communication on every job. Jetty Plumbing is a solution-based plumbing & maintenance company that values relationships, communication and servicing the needs of all we work for. Our solid, friendly team are always positive and strive for perfection in all that we do. Most importantly, we love to work with and help people. Burst or leaking pipes are not always easy to find, but we are experts in finding and repairing them. Whether we need to locate the specific area and dig to repair it or perform a re-run of a section of water line, we are here to solve your problem.

We know that plumbing emergencies in Coffs Harbour can happen at any time, day or night. Whether you have a burst pipe, blocked toilet, leaking roof or a hot water system that isn't so hot. We can have an expert plumber on your doorstep that same day to diagnose and fix the problem. So for Emergency Plumbing Coffs Harbour call Brad and the team to get you back in action. When you call Mr Plummer, you will talk direct with the owner Brad a Coffs Harbour plumber who has years of experience in handling and fixing plumbing emergencies in the Coffs Harbour area. We can give you advice over the phone to help until we arrive shortly after. Call your Coffs Harbour Plumbing emergency specialists at Mr Plummer today on 0401968724 For Commercial Emergency Plumbing in Coffs Harbour you can trust we will give you and your workplace peace of mind. We offer 24 hour service 365 days a year. We can fix blocked drains that requires specialist equipment to get the job done, with fast and with accurate results. Electric eel and water-jetting machines that clear pipework quickly and efficiently. We use the state of the art CCTV sewer camera to see the cause of the problem.

Offering a full range of Coffs Harbour plumbing services to meet all your needs. Working 24/7 in Coffs Harbour to ensure your needs are always met. Giving owners the confidence that any plumbing problems will be solved efficiently, with precision and at an affordable price. We go above and beyond the rest by providing uniquely designed bathrooms as requested. We work with you to make your dream come to life! Plumbing and Bathroom Renovations specialists in Coffs Harbour.

Coffs Coast Plumbing offers a wide range of Coffs Harbour plumbing services to the public, including bathroom, kitchen and laundry installation, renovations and repairs, repairing leaking taps, toilets and cisterns, roof repairs, guttering, downpipes and flashing, blocked drains We have all of the necessary technology to determine and identify your blocked drainage issues. Not only do we clear the sewer and drains, but we also identify the cause of the problem ensuring it does not repeat itself. Our experience comes from time in the area which has enabled us to build a strong association with builders, architects, suppliers and people from our community to provide a plumbing service that caters for all aspects of plumbing well into the future.

What is a plumber?

A plumber is a tradie who specialises in water and sewage piping. A Coffs Harbour plumber can fix leaking pipes or install a new hot water cylinder.

Yes, plastic plumbing piping is becoming increasingly common in you location domestic plumbing jobs. The pipes are cheaper than using metal and are quicker to join and use as they do not require brazing together.

Why do Coffs Harbour plumbers use less copper piping now?

The price of copper has risen dramatically in recent times and thus has led to a decrease in its usage in Coffs Harbour plumbing jobs.

Yes, if you employ a plumber in Coffs Harbour you will want to check that they are licensed to operate in your state. Each state keeps its own licensing and registration scheme. If you ask a plumber for their licence number they will be able to provide it for you to check.

Can a Coffs Harbour plumber install a hot water system?

Yes, a Coffs Harbour plumber can install a hot water system for your house. If it is a new electric hot water system you may also need to get an electrician invloved to connect the new system to your power board.

How do I find an Coffs Harbour plumbing contractor?

Either browse our listings to find plumbing contractors in Coffs Harbour or ask a friend or family member to recommend a plumber they have had a good experience with.

How do I fix water leak repair Coffs Harbour?

If you have leaking pipes and need to fix water leak repair Coffs Harbour then you are best to call in a plumber to get the pipes repaired. Pipes left leaking can cause damage over time so it best to repair them as soon as possible.

Why is a emergency plumber Coffs Harbour needed?

Often plumbing emergency's occur when a pipe bursts and water starts to flood the house causing damage to carpet and fixtures in the house. It is times like these when you need a Coffs Harbour emergency plumber to come in and fix the situation. If you have a burst pipe you should immediately turn off the water to the house to minimise the damage and then call a plumber.

Who should I contact for blocked drain repairs Coffs Harbour?

If you have encountered drainage problems then it may be a symptom that you need blocked drain repairs Coffs Harbour because there is something blocking the pipes at your house, this can occur from things blocking up the pipes such as fat deposits or even tree roots that have grown into the pipes. A plumber can usually fix blocked drains by sending a drain snake type tool to remove the blockage.