Own a business in Byron Bay?

A Guide to Byron Bay

Tucked away in the far north-eastern corner of NSW and bordered by the headland of Cape Byron, the most easterly point of mainland Australia, is the charming holiday town of Byron Bay.

The beachside town's roots were in logging and then fishing (although the port was never the safest haven for boats) and then there was a period of dairy production and then meat and whale meat production. The decline of the post war years was halted by the discovery of the town's wonderful beach and break facilities in the 60s, and when in the 1970s the hippies and beach beatniks arrived, Byron Bay was put firmly on the map as one of the premier beach destinations in NSW.

Today eco-tourism is at the forefront of Byron Bay tourism as the town is frequented by surfers, hang gliders and international visitors, and is one of the favourite destinations for 'Schoolies Week'. It has never quite shrugged off its hippy tag and there's still a whiff of 'New Age' in the air - yoga retreats, art retreats, music festivals, writers and film festivals, and pagan gatherings all add to the unique chic style of Byron Bay.

Byron Bay was named by Captain Cook after John Byron, a circumnavigator and the grandfather of the infamous poet Lord Byron, and as the town grew, the streets were named after other English eminent poets, writers and philosophers.

Sights and attractions of Byron Bay

Main beach - You couldn't wish for anything more: A gorgeous stretch of soft white sand, crystal clear waters with excellent rolling breaks for surfing and wonderful views out to sea and back to distant mountains. Swimming is perfectly safe between the flags and the beach is patrolled by the surf club in the summer. Other equally wonderful beaches nestle under the skirts of Cape Byron.

Cape Byron - As if the beaches aren't enough, there's stunning Cape Byron too. The headland reserve features spectacular sea cliffs, lush rare vegetation, and wonderful views. There's a system of walking tracks, and the cape is dominated by the lighthouse and cottages which are National Heritage listed. It's an easy walk along the oceanway from the town to the headland.

Whale watching - The cape is on the annual migratory path of various whales and with the waters around the headland being designated as a marine park, many whale watchers come to the town to catch sight of these magnificent creatures, especially the schools of humpbacks.

Water Sports - The waters of Cape Byron and the marine park aren't just liked by whales and surfers. Tropical and temperate waters merge here promoting a healthy marine life and make it popular with snorkelers and scuba divers. The most popular location is Julian Rocks which can be reached with a short boat ride from the Main Beach.

Other sports - The scenery and climate has helped Byron Bay sports tourism no end. As well as the water-based activities, there's an annual triathlon in May, and the wonderful thermals make it a major destination for hang gliding. Walkers, hikers and cyclists are well served in and around the town, on the foreshore and the headlands, but the town is also within easy reach of Nightcap National Park where more trails are available, including the route to Minyon Falls.

Fishheads - Being on the coast, seafood is naturally going to feature heavily on the menus of eateries in Byron Bay. If there is one icon of seafood cuisine it is Fishheads which is located in the 1950s-built Bathers Pavilion right on the Main Beach. No visit to the town should be complete without a meal at Fishheads.

Out and about - The Byron Bay hinterland has tons of attractions, places to visit and things to see and do. Much of the region is beautiful national park or designated conservation area, with significant sub tropical forests and important flora and fauna. Gardens, heritage centres, historical towns and villages, 'arty' communities, well-being retreats, markets, and of course the beaches, offer the visitor an endless package of things to pack out an itinerary.

The Byron Bay Arts section is for Arts related listings from Artists though to Potters operating in Byron Bay.

If you are looking for automotive services in Byron Bay, then browse through our auto listings from auto electricians through getting your car serviced in Byron Bay.

A Baby is a lot of work! Check our Byron Bay listings to find what you need.

Covers business services in Byron Bay from accountants through shop and office fittings operating out of Byron Bay.

Join a club in Byron Bay to learn a new skill and make some friends.

Hunting down a community group in Byron Bay? Have a browse though from Animals, Child Care and other groups in Byron Bay.

Need a computer repairer in Byron Bay or in need of a new phone? The computer and electronics category has you sorted no matter where in Byron Bay you are located.

Doing construction in Byron Bay? Get all the services and supplies you need.

We all know the value of education, list your Byron Bay education related listing.

Check the Byron Bay fashion listings for all your fashion wants!

Get on top of your finances in Byron Bay by finding the right business to help you or your business succeed.

Looking for a night out in Byron Bay, hunt through our food and dining listings to browse through hundreds of restaurants and cafes.

Need your hair done in Byron Bay or after a Pedicure? Have a look through our Byron Bay hair and beauty listings.

Need a doctor? need other medical treatments? Our Byron Bay health and medical guide can find what you need.

Home Repair needed in Byron Bay? Check though the guide to get help.

Industry makes the world go round, check through our Byron Bay industrial listings.

Got kids in Byron Bay? Then browse through our children related businesses.

Need music lessons in Byron Bay or and instrument repaired? Have a look here.

Got or looking for an organisation in Byron Bay? You're in the right spot.

Byron Bay Personal Care for all kinds of businesses.

We all love pets, get everything for your pets in Byron Bay.

Need property? The Byron Bay Real Estate category has got you covered.

We all need a break from time to time, check our Byron Bay recreation guide for the break you need!

From crowd control in Byron Bay to security systems, browse our security listings.

Shopping up a storm in Byron Bay, then start here and get shopping.

Sports and Rec in Byron Bay got your fancy?

Need some tools in Byron Bay? check through the tools and equipment listings.

Byron Bay transport services whether it's getting you or your goods from A to B.

A wedding in Byron Bay? Browse our listings to get the wedding sorted!

Add your business in Byron Bay to Local Business Guide.

Other towns and suburbs near Byron Bay

Our mission is to revolutionise the way we consume electronics, creating a more appealing and highly accessible alternative to purchasing a new device. 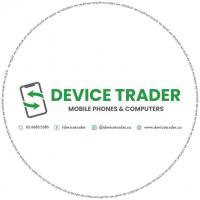 OZ Interstate Removalists Byron Bay is the most trusted Interstate Removalist in Australia. We offer door-to-door interstate furniture removalist services from one place to a destined place at an affordable rate. We have a dedicated team of professionals that are committed to providing the right moving service every time. For more information call us now 1800 845 100.

OZ Interstate Removalists Byron Bay is the most trusted Interstate Removalist in Australia. We offer door-to-door interstate furniture removalist services from one place to a destined place at an affordable rate. We have a dedicated team of professionals that are committed to providing the right moving service every time. For more information call us now 1800 845 100.

Mind Maverick help cut stress and anxiety, remove the barriers to a calm mind and become a consistent meditator.

Mind Maverick help cut stress and anxiety, remove the barriers to a calm mind and become a consistent meditator.

We offer both online and in person mediation and mindfulness classes for businesses or individuals. Learn techniques to meditate from the comfort of your own couch with our online meditation classes!

Mind Maverick help cut stress and anxiety, remove the barriers to a calm mind and become a consistent meditator. We offer both online and in person mediation and mindfulness classes for businesses or individuals. Learn techniques to meditate from the comfort of your own couch with our online meditation classes!

Hemp protein powder comes from crushed whole hemp seeds. Crushed in the process of oil extraction, containing 30% protein on average hemp seed meal can be further refined to produce high quality plant based protein powders of various grades and protein content up to 50%. To know more about hemp protein powder. visit us at https://earthshop.global/

Based in New South Wales, Australia, our goal is to provide you with the power to choose eco friendly options in as many market spaces as possible. Our Australian Deliveries ship via Australia Post, Courier or Freight from Byron Bay, NSW