Own a business in Bondi Junction?

A Guide to Bondi Junction

Bondi Junction is the busy, responsible brother to famous socialite siblings Bondi Beach, Bondi and North Bondi - all neighbouring coastal suburbs. Being so close to the steamy Sydney city centre, Bondi Junction is a busy gateway, a thriving commercial centre and popular shopping and entertainment district. Just 3km away from the beach front and 6 km away from the sights and excitement of downtown Sydney, Bondi Junction is very well served by a recently built bus/rail interchange, making it easy for residents and visitors to get around.

A Bit of Bondi History

Henry Hough was granted land of a farm in Bondi Junction, way back in 1832, which he called Hope. However, locals dubbed it Mill Hill because Hough designed and built a windmill to produce flour. Two years later, the very first hotel in Bondi Junction opened, and was called The Waverely Tea Gardens. For the next 30 years, everything went well until steam took the place of windmills and the farm was closed. These days, the Tea Gardens is alive and well and one of the hottest and upmarket entertainment venues in the greater Sydney area.

The Elizabeth Bay House is just 2 miles outside of Bondi Junction's city centre. It is an historic homestead built in the 1800's and was once surrounded completely by a whopping 54 acre estate that became the dense city suburb of today. It is a stunning example of colonial architecture and opulence that was once considered to be the finest house in the colony. The house stands as a public museum.

The Hyde Park Barracks Museum was built in the early 1800s for male convicts - men and boys. The barracks housed, fed and clothed the convicts which later also became home to female immigrants and destitute women, and then eventually, government departments and legal offices and courtrooms. What was also known as the Hyde Park Asylum is now a fascinating museum.

St. James Church is the oldest church building in the district. It was built in the mid 1800s and has been in use ever since. It was actually originally a courthouse, which would explain the unusual un-Church like appearance, but it was semi - converted later, being renovated into the church it is today.

Chinatown is just on the outskirts of Bondi Junction and is an historic area around a bustling street mall. Lots of Chinese food, restaurants and wall to wall people, with a busy market atmosphere has been going strong since the 19th century. Don't miss the Golden Water Mouth - a good luck charm, which is actually a sculpture carved out of a tree trunk.

Bondi Beach is a world famous beach - probably the most famous beach in the world and home to the world's first lifesaving club and it's just a hop, skip and a jump down the road from Bondi Junction. The beach front is a festive, bustling and super popular venue all throughout the year. The legendary beach market is open every day, and the foreshore is host to a number of exciting festivals throughout the year, like the city to surf competition.

A Baby is a lot of work! Check our Bondi Junction listings to find what you need.

Doing construction in Bondi Junction? Get all the services and supplies you need.

We all know the value of education, list your Bondi Junction education related listing.

Check the Bondi Junction fashion listings for all your fashion wants!

Get on top of your finances in Bondi Junction by finding the right business to help you or your business succeed.

Looking for a night out in Bondi Junction, hunt through our food and dining listings to browse through hundreds of restaurants and cafes.

Need a doctor? need other medical treatments? Our Bondi Junction health and medical guide can find what you need.

Home Repair needed in Bondi Junction? Check though the guide to get help.

Industry makes the world go round, check through our Bondi Junction industrial listings.

Got kids in Bondi Junction? Then browse through our children related businesses.

Bondi Junction marine for all your boating and fishing listings.

Mining in Bondi Junction and need equipment and services.

Need music lessons in Bondi Junction or and instrument repaired? Have a look here.

Got or looking for an organisation in Bondi Junction? You're in the right spot.

Bondi Junction Personal Care for all kinds of businesses.

We all love pets, get everything for your pets in Bondi Junction.

Need property? The Bondi Junction Real Estate category has got you covered.

We all need a break from time to time, check our Bondi Junction recreation guide for the break you need!

From crowd control in Bondi Junction to security systems, browse our security listings.

Shopping up a storm in Bondi Junction, then start here and get shopping.

Sports and Rec in Bondi Junction got your fancy?

Bondi Junction transport services whether it's getting you or your goods from A to B.

A wedding in Bondi Junction? Browse our listings to get the wedding sorted!

Add your business in Bondi Junction to Local Business Guide.

Other towns and suburbs near Bondi Junction

regory Jewellers provides you with a luxury range of diamond engagement rings and a timeless collection of exquisite jewellery. This Sydney Jeweller understands quality and crafts every piece with love and detail. Jewellery is personal and Gregory Jewellers understands this. That's why they are determined and dedicated to providing you with the most exquisite and unique pieces that you are able to fall in love with. Don't settle for anything less then perfect when looking for the perfect piece.

Gregory Jewellers is known for it's classic, timeless and exquisite range of affordable luxury jewellery. Understanding that finding that perfect piece is a personal and intimate decision, whether it be a sentimental present for a milestone celebration or the perfect diamond engagement ring to start the next exciting chapter with the one you love. Gregory Jewellers is dedicated to providing only the best pieces that you will hold onto forever. Find your next piece today!

Established in 1967, Gregory Jewellers provides an Australian story of enduring craftsmanship, innovation and success. Dedicated to providing the best so that you can fall in love with timeless and quality pieces that you will have for life. 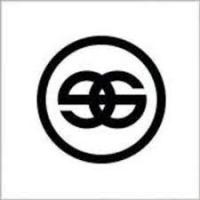 There is a joy in being simply organised. This is at the heart of the Howards concept. With solutions for every room in the home, Howard's product categories include home storage solutions for your kitchen, bathroom, laundry, bedroom, office, living room, garage, kids' room and the cellar. Shop items used every day like kitchen bins, ironing boards and wardrobe shelving. Howards is here to supply you with nothing but the best!

There is a joy in being simply organised. This is at the heart of the Howards concept. Customers love Howards great service and specialist range of quality products. In fact, it's hard to walk out of a Howards store without your next best time or space saving solution! With a reputation for stocking quality brands, so that the solution you choose is designed to last. Shop items used every day like kitchen bins, ironing boards and wardrobe shelving. Howards is here to supply you with nothing but the best!

Howards Storage World is a specialist retailer, with staff that take great pride and excel in bringing together solutions their customers. Help is always available at Howards, no matter what you're looking for! The brands that Howards stocks are sourced from Australia and around the world, added to this is Howards own range of tried and tested quality organisers. With solutions for every room in the home, Howards is dedicated to providing it's customers with the largest and most affordable variety of storage solutions for any home. Shop Howards extensive collection tod.... 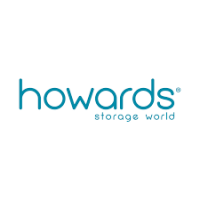 Contemporary dining and all-day bar in the heart of Bondi Junction.

Olive & Oak is the perfect place to meet friends and family, with the option to indulge in lunch or dinner on the balcony, or simply enjoy classic cocktails and premium wines over share platters. Comfortable and warm, Olive & Oak will be your new favourite local venue. Inspired by nature, the design draws together key elements of the environment, with organic colours and textures complementing the leafy greenery throughout. Conveniently elevated above the hustle and bustle of Bondi Junction's Spring St, Olive & Oak is a peaceful haven created specifically to escape and relax.

Olive & Oak is for locals and focused on bringing special people together to share good times, delicious food and great memories. Partnering with Gavin Gray and Mitch Davis, the team behind Great Eats Co, they bring over 45 years of local and international industry experience to this exciting new project. 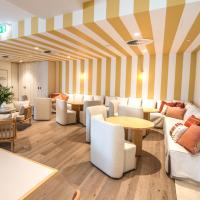 Delacon is dedicated to providing world-leading Call Tracking, Call Management and Speech Analytics solutions. We work with businesses, enterprises, agencies and government organisations globally, to measure advertising campaign performance and help you confidently optimise your campaigns, knowing that you're taking into account all available data.

With over 20 years of expertise in telecommunications, and specialising in cloud-based technologies that improve business performance through in-depth call-data analysis, we are Australia's premier call tracking and speech analytics provider.

Whether it's in the kitchen, bathroom, car, or out and about, Dreambaby can help put your mind at ease with award-winning safety gates, locks, latches and more.

Captiv8 are a group of experienced, strategic and creative thinkers. Our team consists of creative and digital specialists, directors, media strategists, designers, editors, producers and developers. We help brands to create, engage & amplify. We are service driven and take a personalised approach to our clients business. Our video production team creates cutting edge, professional level technical expertise and creative storytelling to bring your brand's vision to life. Let's turn your dreams into reality and craft your video masterpiece. Call us now! 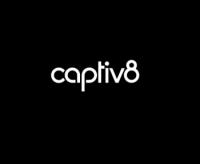