Own a business in Sydney?

A Guide to Sydney

Some would say that Sydney needs no introduction - it is, after all, one of the world's greatest cities. It wears a mantle as if it were the capital city of Australia, and many mistakenly think this is the case, but that honour rests with Canberra. Sydney however, is up there with the likes of London, Paris, New York and Rome, and if only it weren't on the other side of the world, it would probably be top of the visitor's list. This is because it is not only home to iconic landmarks and sites, but it is blessed with stunningly gorgeous beaches and an enviable climate. Life is good in Sydney, and visitors can enjoy a big bite of it.

As a global superstar city, there are far more things to do than can ever fitted into this short guide. As well as the landmarks and beaches, Sydney provides great entertainment venues for every taste, world class museums and galleries, shopping destinations, sporting events and festivals, and a very happening food scene.

Beyond the city limits is a delightful hinterland begging to be explored too - daytrips into the Blue Mountains and the winegrowing region of the Hunter Valley, are popular with visitors.

The Sights and Sounds of Sydney

The beaches - With 15 beaches stretching the city coastline in both directions, everyone has their favourite Sydney beach. Each has its own character whether it's Bondi and its surfing, the hip vibe of Manly, the superb beauty of Palm or the family-friendliness of Bronte. They aren't all massive stretches of sand - try Neilsen Park Beach for a more intimate feel. Many of the beaches are connected by the Bondi to Coogee Beach walk, a trail that has been trodden since the 1930s - it's 4 miles of wonderful scenery.

Sydney Harbour - The natural harbour is one of the most famous panoramas in the world, and is an awesome sight from any angle. One of the best ways to see it is from a harbour cruise.

Harbour Bridge - The iconic bridge spans the harbour and provides a brilliant viewing point for the harbour and the city. Visitors can scale the bridge to stand 134m about the ocean. Various climbs are available ranging from the express which takes 2 hours, to ones lasting a few hours which include the history of the bridge and points about its construction.

Sydney Tower - Also known as the Sydney Eye, the tower provides the tallest views of the city from its observation deck and skywalk. The skywalk is suspended 268m above Sydney and has a glass floor.

Sydney Opera House - With its design that makes it one of the most instantly recognised buildings on the planet, it is not just a design feature, but a great place to catch a show.

The Rocks - This is where Sydney began. Some of the oldest buildings in the city are here and today, it is a living heritage centre with the antique warehouses, sailor's homes, and former dens of iniquity now converted to interesting museums, trendy galleries, boutique shops and excellent restaurants. The eateries here play a big part in the annual Sydney Crave Food Festival.

Luna Park - More than just a theme park, Luna Park sits on the North side of the Harbour Bridge, and is a major entertainment precinct featuring thrilling rides, a big top, and all the fun of a carnival.

Sydney Zoo - A showcase of native animals, the zoo offers interactive and hands-on experience and is home to Rex, one of the largest crocodiles in the world, tons of indigenous birds and an impressive tropical butterfly house. It's next to the aquarium in Darling Harbour, which too offers a great wildlife experience.

Botany Bay National Park - See where Australian history all began. There's a memorial trail through the park with plaques telling the story, and a there's a museum too.

New Year's Eve - If you are lucky enough to be in Sydney on December 31st, you'll witness a fabulous firework display centred on the harbour, and be among the first world citizens to welcome the New Year.

The Sydney Ag category ranges from farm chemicals and farming machinery to other relevant Agricultre related businesses in the Sydney area.

Get your Sydney solar and alternative energy needs sorted here.

The Sydney Arts section is for Arts related listings from Artists though to Potters operating in Sydney.

If you are looking for automotive services in Sydney, then browse through our auto listings from auto electricians through getting your car serviced in Sydney.

A Baby is a lot of work! Check our Sydney listings to find what you need.

Covers business services in Sydney from accountants through shop and office fittings operating out of Sydney.

Join a club in Sydney to learn a new skill and make some friends.

Hunting down a community group in Sydney? Have a browse though from Animals, Child Care and other groups in Sydney.

Need a computer repairer in Sydney or in need of a new phone? The computer and electronics category has you sorted no matter where in Sydney you are located.

Doing construction in Sydney? Get all the services and supplies you need.

We all know the value of education, list your Sydney education related listing.

Check the Sydney fashion listings for all your fashion wants!

Get on top of your finances in Sydney by finding the right business to help you or your business succeed.

Looking for a night out in Sydney, hunt through our food and dining listings to browse through hundreds of restaurants and cafes.

Need your hair done in Sydney or after a Pedicure? Have a look through our Sydney hair and beauty listings.

The Health and Fitness Sydney listings cover massage through weightloss.

Need a doctor? need other medical treatments? Our Sydney health and medical guide can find what you need.

Home Repair needed in Sydney? Check though the guide to get help.

Industry makes the world go round, check through our Sydney industrial listings.

Got kids in Sydney? Then browse through our children related businesses.

Need legal help in Sydney, your in the right place. Browse our extensive Sydney legal guide.

Sydney marine for all your boating and fishing listings.

Mining in Sydney and need equipment and services.

Need music lessons in Sydney or and instrument repaired? Have a look here.

Got or looking for an organisation in Sydney? You're in the right spot.

Sydney Personal Care for all kinds of businesses.

We all love pets, get everything for your pets in Sydney.

Need property? The Sydney Real Estate category has got you covered.

We all need a break from time to time, check our Sydney recreation guide for the break you need!

From crowd control in Sydney to security systems, browse our security listings.

Shopping up a storm in Sydney, then start here and get shopping.

Sports and Rec in Sydney got your fancy?

Need some tools in Sydney? check through the tools and equipment listings.

Sydney transport services whether it's getting you or your goods from A to B.

Travelling in Sydney, find your accommodation, car rental and more.

A wedding in Sydney? Browse our listings to get the wedding sorted!

Photos from in and around Sydney

Add your business in Sydney to Local Business Guide.

Other towns and suburbs near Sydney

iExperts has extensive experience managing repairs for fleets of thousands of devices. With our multi-brand experience, we can take care of your fleet of iPhones, iPads, BlackBerry's, HTC's and even Laptops!
iExperts offer priority service, on-account billing and convenient locations where staff can drop off, have a coffee and pickup their device 30 minutes later.
iExperts can also offer free courier return services for those companies that prefer to send their devices in.
Choose iExperts to be your one-stop-shop with the widest range of repair services across most major brands of technology.

Since 2006, Antares has established itself as a highly accredited Microsoft Gold Partner who specialise in delivering expertise across its three practise areas: Productivity, Data Solutions and Custom Application Development.

Since 2006, Antares has established itself as a highly accredited Microsoft Gold Partner who specialise in delivering expertise across its three practise areas: Productivity, Data Solutions and Custom Application Development. 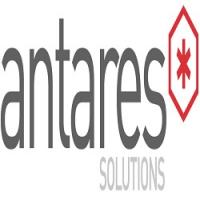 Choose the best carpet cleanings from Clean Master Sydney and get the best result for the carpet cleaning service. We have the most expert team of professional Carpet Cleaning Sydney which is highly experienced and certified for the service. We are providing the most competent facilities for more than 20 years. Get the Most reliable Carpet Dry Cleaning Services and make your carpet fresh and healthy. We're available for 24*7 Hours. Call on 0488 851 508 to avail our services. 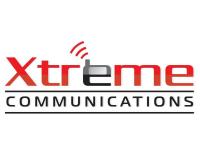