There are currently no reviews of 97 Classic Hair Design, so be the first to write one!

Questions related to Hairdressers in Burwood

How frequently do you need to have your hair cut?

Most people will have a haircut every 6-8 weeks. To avoid breakage and splits it is recommended not leaving your hair uncut for too long. Ask you hairdresser for advice.

How can I become a hairdresser?

To become a qualified hairdresser you can study a Certificate III in Hairdressing at Tafe or through a private training organisation. You can then work through a traineeship or apprenticeship to get on the job experience.

I've forgotten when my hairdressing appointment is, how can I find out when it is?

Just give your hairdresser a call. They will be able to look up the time of your upcoming appointment.

Are dental problems bothering you? Looking for a dentist within the Burwood area? Sydney Smile Care - Dentist Burwood has the dental solution for you. If you have dental health problems like cavities, gum issues and other oral health concerns, seeing a d

"Bill Removalists Sydney was founded by Bill Chen in 2008, but not just to earn profit and make more and more money.

In 2008, Bill was working with a local removalist company in Sydney and was witness for a number of deformities and wrongs in the working of the company.

For example, the company was taking unnecessary extra money from the clients, some members of the company's staff were creating problems not only for the company but also for the clients, and an efficient customer care service was totally absent.

Observing the atmosphere, a thought came to Bill's mind that he could do much better if he were the owner of the company, by offering a fully transparent service to the clients with a friendly and trustworthy staff and no hidden fee structure; and thus, in 2008, Bill Removalists Sydney was formed with just one truck and only Bill as staff.
But the company grew fast due to its dependability and prompt and friendly service, and its operation expanded beyond Sydney suburbs to the surrounding cities like Canberra, Newcastle, Mel.... 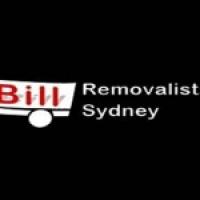 Do you own a business in NSW?