Thread repair and broken bolt removal service provided in our workshop at Cessna Drive, Caboolture or locally by appointment.

Futorus specialises in the custom design of Integrated Mechanical, Electronic and Software Solutions. Built on a years of knowledge and understanding, Futorus is able to Engineer custom solutions and advanced products for a wide variety of industries.

Sigma Aerospace is an MRO based in Tamworth. The facility was acquired from QANTAS after more than thirty years operation as a successful regional airline maintenance base. Piston and Turbine engine overhaul, servicing and repair are our speciality.

Sigma Aerospace
Sigma Aerospace is an MRO based at Hangar 7 Tamworth New South Wales, Australia. The facility was acquired from QANTAS after more than thirty years operation as a successful regional airline maintenance base.

Building on this success, Sigma added a reputable airline instrument repair facility (previously owned by New England Instrument Company) to its operation, and has opened its second turbine engine overhaul shop at a new Brisbane facility to support its Honeywell Major Service Centre. This turbine overhaul capability is complemented by a nozzle overhaul shop servicing Honeywell and PWC100 series and other engine fuel nozzles together with APU nozzles, tips and holders. In addition, a comprehensive piston engine overhaul facility operates from the Tamworth base. 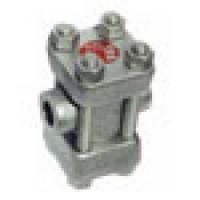 Nebula Consulting conceives, designs and though its proven hands-on approach and trusted network of highly-skilled tradespeople, can build virtually anything.

Nebula Consulting conceives, designs and though its proven hands-on approach and trusted network of highly-skilled tradespeople, can build virtually anything.

Nebula Consulting takes the scientific knowledge of the day and combines it with an extensive practical experience and wisdom to make things work.

Every day offers a new challenge and meeting these challenges is why we are here.

We offer mechanical product design services including solid modeling with solidworks, drawing, presentation graphics, prototypes and product development planning. We can start with developing a concept and assist right through to product launch.

Torsion Design Services is a mechanical design solution based business; supplying food processing equipment & specialising in meeting the needs of the food industry. Our aim is to be respected for our ability to design, manufacture & source equi

DEC is a dynamic and pro-active consultancy that provides Engineering and Design Services. Do you need a mechanical or structural engineer? Or do you need to have your equipment certified? Give us a call

Dynamic Engineering Consultants is a pro-active consultancy that provides Engineering and Design Services to the Mining and General Industrial sectors.

We specialise in the delivery of timely, cost-effective mechanical and structural designs/projects/certification without compromising quality, safety and the environment.

CNC Laser and Plasma cutting is our speciality. We offer our customers turn key solutions to there manufacturing needs.
From concept to finished products, no Job to big or small

Mtech Machine Maintenance provides all of the latest maintenance technologies . Services include machine cleaning , servicing , call outs and repairs and much more . We service Brisbane and the Gold Coast . All forms of fixed plant machinery .

Integrated Robust Engineering specialises in Dimensional Engineering Management including Geometric Dimensioning & Tolerancing (GD&T).We offer services on a contract basis at our premises or at clients premises as the need requires.

sheetmetal, Powdercoating, HID lighting and transformers all under the one roof!

Hodgson print management offers high quality printing services at very competitive rates.Low overheads and personal attention on every job ensure all the jobs are high in quality and low on price. Get in touch for your free quote.

BWL Engineering and Canvas prides it's self on providing quality custom made storage and protection solutions for your equipment. We can help you with your storage solutions, whether it's water tanks or toolboxes for your vehicle, custom made bags.

Any type of drafting or designing with in the mechanical, mining or oil and gas industries.

All types of Hydraulics & air repairs,Fabrications,Welding Steel and Aluminium,New Hoist,PTO,Pumps and much more. On Site service,Factory and work shop maintenance. Manufacture of hydraulic cylinders to your needs. Quick and Affordable Service.

We are a full engineering business. Offering all welding services: aluminum and stainless. Lathe and milling work. All types of steel fabrication. Motorcycle frame straightening, retail parts and dyno work. For all your metal-work needs. No job too small.

3D Design, Engineering & Manufacture of sheet metal components. No Product or Project is too small or large. We can do all of your design, proto types and manufacturing. 25 years experience.

Competitve rates for all mechnical engineering jobs no job too big or too small and convenient pick up and delivery options at no extra charge.

Absolute Fasteners is a Melbourne based business which is a specialist supplier of Industrial Latches, Handles, Security Screws, Balastrade Fittings, Decking Screws, Holesaws and General Hardware.

Whether you need general machining or full computer design and CNC machining done we can help. Specialist engineers will save you time and money with the best job and specifications done right first time. Don't waste time, -get the right advice and

If you own a Mechanical Engineering business and would like to have your business listed here, then please feel welcome to add your business to Local Business Guide. It doesn't cost anything and offers a great way to find new customers.