"The Botanical; change of the guard

After two successful years as Executive Chef at The Botanical, Cheong Liew is stepping down to pave the way for his protégé Luke Brabin

to take the reigns at the iconic South Yarra Restaurant. With more than 43 years in the industry, the highly acclaimed Liew will be hanging up his whites and starting his well-deserved retirement as of 31 July 2012.

New Executive Chef, Brabin began his career as Liew's apprentice at Adelaide's well-regarded The Grange in 2002. After working under the esteemed chef's guidance for four years, he learnt the craft that saw his mentor become one of Australia's most recognised and awarded chef's, being the first to receive an OAM (Medal of the Order of Australia) in 1999 for his contribution to the food and restaurant industry and voted ""one of the 10 hottest chefs alive"" by US Food & Wine Magazine that same year.

After leaving Adelaide in 2006, Brabin travelled extensively throughout Asia before returning to Melbourne to become Sous Chef at Gordon Ramsay's Maze. In 2010, following Liew's appointment as Executive Chef of The Botanical, Brabin eagerly accepted his former colleague's invitation to join him again, this time as Head Chef.""

Working with Cheong for such a long time has been an incredible experience for me, I have learnt so much from him, which will always influence what I do. I'm thrilled to be stepping up and taking on the role of Executive Chef of The Botanical,"" says Brabin.

The promotion of Brabin marks a new direction for The Botanical with a move towards a more modern Australian pub fare, featuring a menu of classic Australian dishes including Roasted Rump of Lamb, Pan Fried Pork Chop, Beef Burger and Wild Mushroom Tart.

The Botanical General Manager Frederic Blevin welcomes the change stating, ""It's something we have planned over time and it's been a natural progression for Luke to step into the role of Executive Chef. It's an exciting time for The Botanical and will see a new and fresh menu from an exceptionally talented chef.""

Liew is excited for the transition and his future back in hometown Adelaide with his family. He's also proud to see his longtime colleague step into his shoes and take on the position. ""Luke will bring some young blood in here and take The Botanical's menu in a new direction - he'll make it his own,"" he states.

While the 'father of fusion' (as Liew has been widely described) will start to wind back, he'll continue to be involved with the Colonial Leisure Group family collaborating on a number of projects and continuing to mentor staff.

He will be involved in the group's newest venture, the highly anticipated Print Hall in Perth, a multi-storey collection of restaurants, bars and eating destinations. Liew will be collaborating with the executive team (soon to be announced), on the menu for The Apple Daily Bar & Eating House, a contemporary Asian-inspired eating-house, located on the first level. He'll also be assisting Arie Prabowo, Head Chef on Orpheus Island Great Barrier Reef, another of his star pupils who runs the kitchen on the holiday island, also part of the group.""

I have a great history with the team and I'm happy to be continuing this relationship and working with David in Perth and Arie on Orpheus Island,"" says Liew Brabin's new role is effective immediately, with the new menu available now.

Not what you're looking for? Search below

Write a review of The Botanical

There are currently no reviews of The Botanical, so be the first to write one!

Where you can find The Botanical

Other popular categories in South Yarra

Browse other Restaurants in South Yarra

A place where worlds and cultures collide amongst a sprawling, colonial backdrop and buzzing open kitchen celebrating ethical eating and conscious cuisine. Experience the soulful vibe of Tel Aviv with our new forward thinking 100% vegetarian menu. A blend of Middle Eastern and Mediterranean cuisine, with a distinctly modern twist to centuries-old flavours, while delighting in plantation rum and artisanal cocktails, inspired by the vibrant Tel Aviv bar scene. 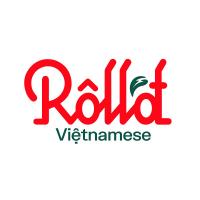 If you're looking for fast, fresh and healthy Vietnamese food in Jam Factory or South Yarra, visit Roll'd to taste Vietnamese Pho, Banh Mi, noodle salads, rice paper rolls, iced coffee and more. Experience food with bite, crunch and flavour, inspired by our heritage and the bustling streets of Vietnam. Authentic, healthy and delicious Vietnamese made with love for you. So take-out, eat in or order online today. That's how we roll.

With locations in Melbourne and South Yarra, BELVGA FISH & CHIPPERY is a renowned family restaurant offering a one-of-a-kind spectrum of fresh and delectable seafood and other specialities at affordable prices. All their delicacies are meticulously and lovingly concocted on-site by world-class chefs, all backed by decades of expertise. Make your reservation today and satisfy your seafood hankerings like never before!