Magician Jackson Aces is a master in the art of magic - his incredible skill with a deck of cards will simply fascinate and captivate you.

The American magic magazine VANISH described Jackson as 'a stunning choreography of cards constructed with all the fantasy and emotion inherent of a poet'. It is a true delight and rare experience to watch this skilled magician.

Jackson is currently starring in The Magicians Cabaret resident cabaret dinner show La Fortuna in Sydney, for not only his skill with card magic, but also his stage presence that engages the audience. Away from the stage Jackson is a polite and warm young man who resides between Sydney and LA with his brother Daniel Patrick - a well-known fashion designer who has dressed the likes of Cher, Usher, Will.I.Am & Ricky Martin, and along with his father who represented Australia in sport, there is certainly talent in his genes.

Magician Jackson Aces unique skill level as a magician is a delight to watch. Jackson is a hit for trade shows, corporate entertainment and private functions. Jackson brings a fascinating high level of magic to an event but is also a pleasure to work with. Jackson is more than a magician, he is an entertainer, an artist and a gentleman...

Not what you're looking for? Search below

There are currently no reviews of Magician Jackson Aces, so be the first to write one!

Where you can find Magician Jackson Aces

Other popular categories in Sydney

Browse other Entertainers in Sydney

There is no doubt about the fact that children are impressionable and their foundations are built at a very young age. This is because they are the formative years and set the tone for their lives and personalities ahead.

The Magic of Jack Daniels is available to a wide range of audiences. From the typical Australian suburban party to closed-door corporate events, Jack Daniels has proven himself to be a sought-after illusionist. He has turned ordinary events into spectacul 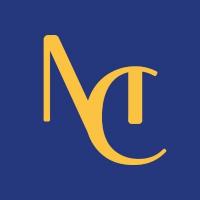